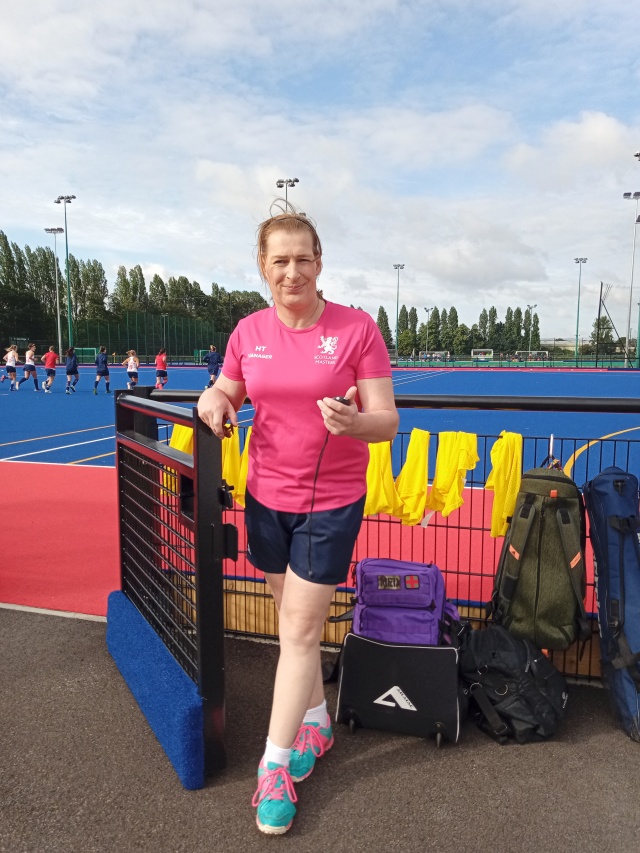 Almost exactly two years on from my previous blog, quite a lot has changed!

I wrote how hockey had helped me through transition and how much I was enjoying playing again being part of the wonderfully supportive set up at Hillhead Hockey Club. At the time we had temporarily (or so we thought!) suspended the league fixtures due to a thing called Covid… a word that meant very little to most of us then but a word we have lived with, and many have sadly died from, over the past two years.

Cast your minds back, if you dare, to the Spring and Summer of 2020. With all but essential shops closed, offices shut, pubs, restaurants and cafes restricted to take away orders only, the NHS putting in a tremendous collective effort on our behalf, the loss of sport at grass roots level seemed a minor inconvenience.

Faced with no real alternative we simply got on with it as things were in the new normal, but sport at all levels is so important to so many people that whenever restrictions were lifted, even temporarily, clubs reintroduced training sessions and bounce games, anything to keep its membership involved and active.

During one of these brief respites from the gloom I found myself considering and subsequently accepting a role with Scottish Masters Hockey. For those that don’t know, and to be honest why should you, Masters hockey is for various “over” age groups for both Men and Women, Over 35 up to Over70. Representative matches are played at a variety of levels leading up to Internationals against not just the Home Nations but across the world. Its actually quite a big thing!

And thus, in October 2020 I found myself appointed as Manager of the Scotland Women’s O35s squad. Great! Except that we were back under restrictions again, tournaments were cancelled, training sessions could not be held, in fact nothing could really happen at all.

By the Spring of 2021 there was some light at the end of the tunnel and in August 2021 our first “post covid”, I use the term very loosely, competition could be held in Nottingham, with teams from England and Wales. Thus, there I was, managing an international hockey squad at an international tournament with players, officials and even some (but not many!) spectators from across the UK.

Now hockey prides itself, rightly I think, on being a fully inclusive sport for the LGBTQI+ community. I cannot speak for other people’s experiences but all I can say from the wilds of West District league games to international matches, mine has been such a positive one.

Now what is the point of all this rambling you may well be asking? Well 31st March is Trans Day of Visibility, a day to celebrate and raise awareness of the community. Now that can take many forms, for some it is one off highly visible events, for me though my visibility within the world of hockey, and life generally of course, is all about getting out there being who you are and simply living your best life.

We cannot hide from the difficulties many face both within some sports and life in general but on this day lets celebrate visibility, celebrate what can be achieved and celebrate being true to yourself.