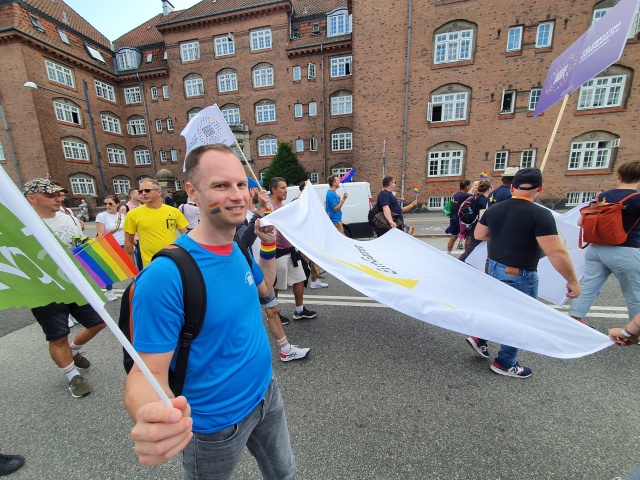 In the first of a series of articles as part of this year’s LGBT History Month, Remmy Fillip interviews LGBT sports activist, Chair of Out in Slovenija and long time collaborator with LEAP Sports, Andrej Pisl.

Tell us a bit about yourself, your organisation and your activism story.

I’ve been active in the field of LGBT activism for over 20 years. Quite early on, I was attracted to the field of sports for a few reasons. Firstly, I found sports to be an excellent tool to address topics of inequality, exclusion, lack of diversity. It was also about the social power that sports have – most people enjoy speaking about sports and achievements.

I come from Slovenia, a country that is highly engaged in physical activity. Slovenians might not consider themselves sporty, but they do a lot of hiking, walking in nature, cycling and even engaging in team sports; however, this is considered just recreation or social interaction. I was very much attracted to those topics and tried to find opportunities to address the challenges of those who do not identify as the majority in society, through and in sports.

What are the main challenges of being an activist in this position?

I definitely felt like I was, maybe not the only, but one of the few gay people. There were a few people who were involved in LGBT activism, but their activities were very different from my viewpoint – not saying that I did not agree with them, but they were fighting for the decriminalisation of homosexuality, or to stop considering it a mental illness.

Growing up, I can’t say that it was easy, but at least I was not exposed to any physical danger. This is not the case elsewhere in Europe, but at the same time, my story was very different from the ones of my peers in Germany, the UK or other Western countries. My first participation in an LGBT sports event was in 2004, the Euro Games in Munich, and that really changed my life. From that point onward, I saw the opportunities, the power such events can have, and I tried to also engage others to share in them. 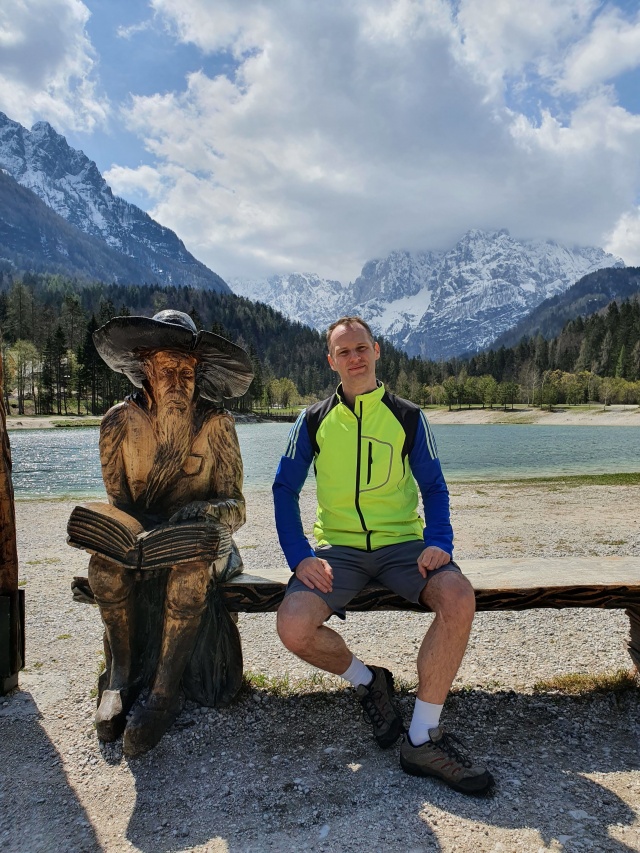 Speaking of European collaboration, what can you tell me about the partnership with LEAP Sports Scotland?

I believe that you often get these connections through personal engagement. It must have been over ten years ago I met Hugh in Slovenia, working with another organisation focused on LGBT experiences in schools. Then, a few years later, we hosted the Building Bridges conference in Ljubljana, which connected mainstream sports and the educational field with LGBT sports. I had the pleasure of inviting him to speak there, and through this personal and organisational cooperation, quite a few projects came about. One that is very special to me is when we were invited in Scotland for an intensive teambuilding experience near Loch Lomond. We really came up with many ideas for initiatives that came to life and are still being realised, or still brewing. That was around five years ago, and we have seen at least two structured projects happen because of this European dimension.

What is the importance of grassroots queer activism in Slovenia specifically?

Slovenia is an interesting country when it comes to this topic. As a former Yugoslav republic, the level of tolerance towards LGBT community is very impressive. One of the oldest gay and lesbian film festivals in Europe originated here. So this activism has been present for quite some time, mainly from an individual or grassroots perspective.

Even though there are just over 2 million people in Slovenia, within this population there are surprisingly many LGBT organisations. We also have student-led initiatives, queer-straight alliances, and many professional and official organisations. If we’re talking about sports, there is only one organisation, Out in Slovenia – I am the chair – which has been around since the year 2000. We have educational events or lobbying and advocacy activities, but we have no employees and a limited number of core volunteers. These grassroots initiatives are where it all started and where the biggest challenges are addressed. Many of us seek funding from European sources, so we are grateful for programmes such as Erasmus+ so we can engage with fellow activists from other countries.

Tell me a bit more about Out in Slovenia. How can people engage with the organisation?

We were established from the needs of people who wanted to be socially active outside of clubbing and partying, so trying to have other experiences such as hiking, mountaineering or outdoor activities. Then we had indoors activities such as volleyball, badminton, bowling. One part was this social and health aspect, but we found it important to also use this opportunity to address social inequalities and challenges that LGBT people face in sports, or even the wider community.

We started as a very informal group – there were no applications or memberships. There was a mailing list where we announced activities, then gradually, because of the needs of the funders, we became a legal entity, but we still think it’s very important to lead with this social aspects and that people are welcome without any obligations. Activities are open to everyone without having to declare their gender identity or sexual orientation, friends and families are also welcome. At least once a year we try to have an Open Doors week, where people can try the sports, get to know us. When I first found out about the organisation, it took me two years to finally get the courage to come up to someone and join, so we try to have this welcoming and supporting space.

February is LGBT History Month, and this year, the theme is Blurring Borders: A World in Motion. What does this mean to you? Why is it important for countries to cooperate at the European level?

Although I strongly believe that cultural context is very important when talking about human rights and LGBT experiences, there are definitely principles of society, be it on a personal or organisational level, that have no borders. I always felt very privileged when I had the chance to work with people from Scotland, France, USA even, where we see that the structural support is better. At the same time, I was very surprised to see that fellow activists from these countries were learning from us, because we had no budget, had to improvise, had to fight the local government, so something that happened in these countries years ago. So these different experiences and the migration of people through Europe and around the world are creating a global village, showing us that the problems we face are common, and they need to be addressed not country-by-country, but in a more connected way. I definitely look forward to continuing this cooperation!

The theme for LGBT History Month 2022 is Blurring Borders: A World in Motion, and throughout the month, we will look at dimensions of LGBTIQ+ sport beyond physical activity and sport itself.

With special thanks to Remmy Fillip who conducted and wrote this interview. Remmy is a freelance writer and translator based in Edinburgh. She is a contributor for the LGBTQ+ magazine Somewhere: For Us

Written by Andrej Pisl (Out in Slovenia) on 4th February 2022.

Andrej Pisl comes from Slovenia, where he chairs the LGBT sports club Out in Slovenia and is also actively engaged in a few other human rights NGOs. As an amater athlete, he regularly participates in sports activities and competitions, both LGBT and mainstream. Professionally, he works in university sport. He is a strong advocate for volunteering, human rights, fair play, inclusion, diversity and safety in sports for all.