Blurring Borders: The wider health benefits of exercising with an LGBTQIA+ peer group 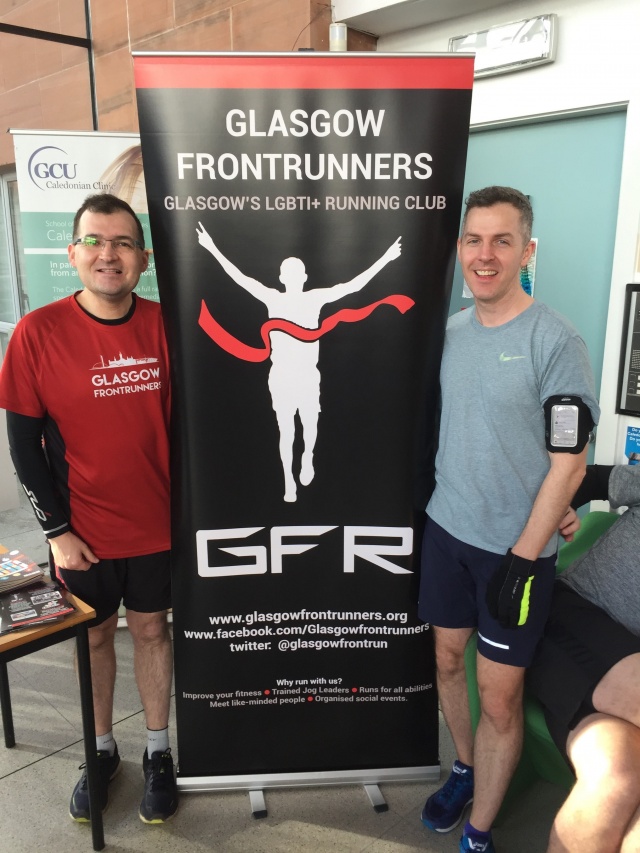 “Being part of the club also impacted positively on participants’ mental and social wellbeing”.

In the second of our series of articles as part of this year’s LGBT History Month, David Hunter shares his story of running and how it resulted in an original piece of academic research around the experiences of LGBTQIA+ people exercising with a peer group.

We all have our own personal histories and relationships when it comes to exercise. When I think back to my school experience, high school in particular, it wasn’t a particularly conducive relationship. I, and I’ll assume like many of you, had the stereotypical concerns of teenagers around body image, size and shape. I hated the idea of the changing room and did everything possible to avoid PE. Having mild asthma proved useful. As did the minor wrist fracture I sustained that got me out of PE for a good six months.

Fast forward to 2013, and a Pride event in Glasgow. I saw members of Glasgow FrontRunners (GFR) in the parade and handing out flyers. I wanted to get a bit fitter and to also meet some new people. After a few weeks of contemplation, I decided to give it ago. However, some of those teenage anxieties came flooding back. I had no real idea of what to expect on the first night. What I had done, was to build up an image of what the existing members would be like. Super fit, younger than me, six packs, thighs like rugby players… you get the idea. What surprised me was the diversity of the membership. People with different abilities, backgrounds, health statuses and, as a group, incredibly welcoming and supportive.

In 2018, I wrote a blog for the GFR website about my experiences with the club and my journey from complete beginner to successfully completing a marathon. It was in the writing of that blog that an idea emerged. If I had felt like that coming along to GFR for the first time, how had others? What were the things that motivated people to come to a club like GFR in the first place and what was their experience once there? Whilst knowing this would be useful to help grow the membership of the club, there was another angle – the lack of academic research around LGBTQIA+ individuals in general and specifically in relation to their experience of exercising with a peer group. This lead me, and Kevin Boyle – a founding member of GFR, to undertake a piece of original research.

We interviewed 12 GFR members to explore their experience of exercising with a peer support group. The overriding finding from our research was that exercising with peers represented a healthier way to meet people. We discovered that running improved participants’ physical health – no real surprise there. However, equally important was that being part of the club also impacted positively on participants’ mental and social wellbeing. People come to a club like GFR because they are looking for the mental and social wellbeing benefits just as much as improving their physical fitness. Research has shown that LGBTQIA+ individuals are more likely to encounter mental health issues than individuals who identify as straight. In addition, alcohol and drug misuse are also more common within the LGBTQIA+ community. With much of the ‘gay scene’ revolving around pubs and nightclubs, the need for healthier alternatives, like GFR, became clear. We know that exercising can help with mental health issues. Doing it with a peer group helps here by offering additional support.

It was the emphasis of the social aspects of the club that were the most surprising part of our research. The participants really wanted to make it clear that the social connections the club provided was major part of why they kept returning. People wanted to join a sports club with others who identify as LGBTQIA+. They wanted to be part of the community but not necessarily in an environment focused on alcohol. Don’t get me wrong, GFR members like to party as much as anyone else, but that’s not the focus of the club. The sense of connectedness to other LGBTQIA+ people was a real positive and, for some, this has resulted in romantic relationships being forged. There’s even been some GFR weddings! Representation was also really important. For those still coming to terms with their identity, seeing other LGBTQIA+ people and being able to share stories and experiences was valuable. Feeling safe and comfortable to be able to disclose things about themselves enhanced their overall wellbeing. This was of particular relevance to one of our participants who is from a BAME background and who had no desire to meet other LGBTQIA+ people in a pub or nightclub. 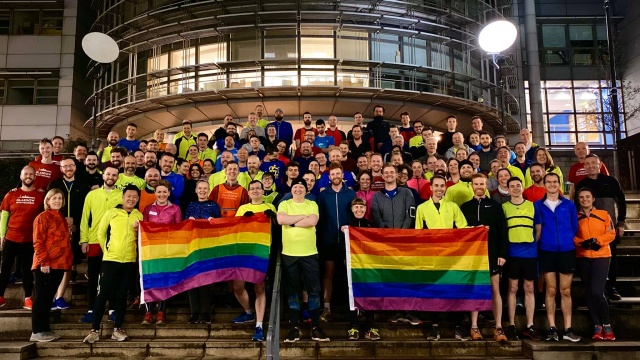 So, what is the point? Sports clubs, like GFR, where LGBTQIA+ individuals and their allies can meet and exercise together are important. They offer additional benefits to overall wellbeing that are, perhaps, harder to achieve when exercising on your own or in a traditional gym or club environment. Our research highlighted that when LGBTQIA+ individuals exercise with a peer group, they find improvements in their physical, mental and social wellbeing. The challenge for clubs is to take steps to help alleviate those initial anxieties that potential new members may experience when coming along for the first time. If you are reading this and thinking about trying an LGBTQIA+ sports group – do it! What do you have to lose? The experience may even change your life.

The findings of our research were published in the British Journal of Nursing in 2020:

Dr David Hunter (he/him) is a Senior Lecturer in Adult Nursing and Healthcare at the University of the West of Scotland. As a Registered Nurse (Adult) for over 20 years, David spent the first half of his career as an Emergency Department nurse, before he moved into education. He has published multiple journal articles, textbook chapters, and presented at various conferences, based upon his work and research interests. David has been a member of Glasgow FrontRunners since 2013, serving on the organising committee in various roles over the years. He became a qualified jog leader in 2016.