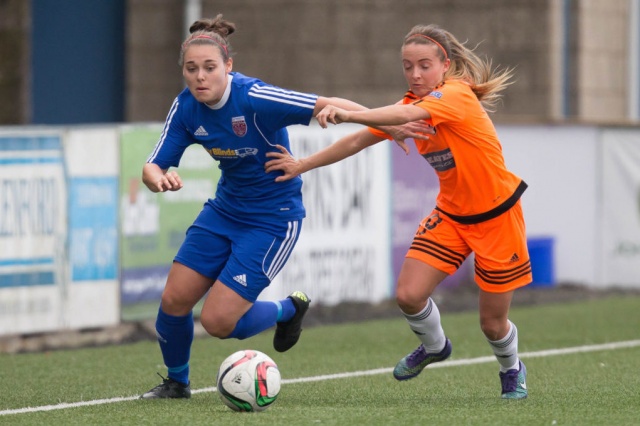 The summer of ’92, a six year old boy sits upset in the corner of a hospital ward, his arms crossed and brows furrowed. Many things can go wrong in hospitals to warrant such a reaction, in this case it was my birth, in particular it was my gender at birth. Football meant the world to my cousin, and the words ‘it’s a girl’ sent a resounding realisation that I was not to be the kick-about partner he had wished for. Day 1 in my life and I have already been underestimated because of my gender.

Fast-forward seven years and my cousin has overcome his biases to train me in the fine art of football. Unfortunately, my primary school footballing career lay in the hands of a headmaster whose biases were not so easily conquered. During a heated telephone conversation he explained to my mother that the last thing he wanted were ‘girls giggling at the side-lines, cheerleading and distracting the young men’. To get my mum off the phone he let me come to his office to prove my interest in playing, no easy feat for a timid seven year old. So why did this ex-semi-professional footballer turned headmaster, with a sister who represented our national side, make me feel so unwelcome?

Sports like football have a few sticky problems that reinforce inequality and make some people truly despise the whole charade. These problems tend to arise from something so deeply ingrained that no one really knows how to fix it: masculinity. Masculinity is so intertwined with the concepts of athleticism, competition and success, that femininity is often contrasted as weakness. There is a certain social esteem awarded to men through participation in football, and that esteem is at risk if football becomes associated with femininity. Considering the stereotype of the ‘effeminate homosexual’, gay or bisexual men can be underestimated in the same way women are. Our fights for equality in sports participation are not as different as one might first perceive. Masculinity is what can exclude effeminate men, keep professional footballers ‘closeted’, stereotype women players as ‘butch lesbians’ and deem the women’s game secondary.

Distancing athleticism from femininity, a historical perspective sees many successful sportswomen being stripped of their femininity through accusations of butch lesbianism or having their athletic abilities undermined through a sexualisation of their bodies. Many sociologists have shown how the lesbian ‘taboo’ has worked to dissuade young women from participation. I’ve grown weary of hearing ‘Oh really? You don’t look like a footballer’ echoed by the middle aged men I disclose my participation to. The only thing worse is when they perceive it as a compliment, that by looking antithetical to their vision of a women’s footballer I have somehow maintained my femininity, like my ponytail awards me the pleasure of being ogled at by ageing men. Then of course there are those concerned for my safety; such gents.

Over the course of my footballing career I have heard friends warn me against teams which are ‘full of lesbians’, opposition fans heckling homophobic slurs and coaches questioning the gender of teammates. There has been a gruesome cocktail of sexism, misogyny and homophobia, but the good times outweigh the bad tenfold, and things seem to be improving. The work of Eric Anderson sheds light on the effects of a society in which cultural homophobia is in decline. Simplified, his theory suggests that as homophobia becomes more unfashionable, men are less concerned with being perceived homosexual. Therefore men are less likely to partake in ‘toxic’ practices, such as sexism and misogyny, in order to prove their heterosexuality. It offers a glimmer of hope towards a new wave of masculinity which facilitates a more fluid gender experience and the eradication of gender ‘appropriate’ activities, a healthy alternative for all.

I’m wary that my focus thus far has been largely negative, which is in no way representative of my overall experience in women’s football. Football has its problems but it also offers something very special. I have played in a women’s football club for five years now and over that time I have seen it evolve from a safe space to ‘come out’ in, to a place where everyone ‘just is’, no questions asked. In a whirlwind of marketing, social media and celeb-worshipping, the expectations placed on young women are more exasperating than ever. To me, football offers a sanctuary where individual value is not proven through physical appearance but through dedication to improvement on the pitch, where sexuality doesn’t influence how many goals you score and where attainment lies beyond likes on a selfie. Football is inclusion of a diverse range of women and a welcome break from the monotony of 21st century pressures.

Sirri is a postgraduate student at University of Glasgow, focusing her studies on gender and queer equality in sport. This interest stems from many years of participation in sport, particularly football and rugby. Sirri has carried out research projects which have included investigating the differing lived experiences of access to and participation in women's football in Sweden and Scotland, and exploring gender identity among women’s rugby players.