Homophobia forced me out of football 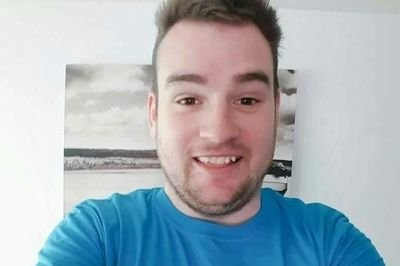 The world of football is still too dangerous to be open about your sexuality.

Ever since I was a toddler, I was kicking a ball around. Dressed head to toe in Manchester United’s horrendous grey away kit from the mid-1990s, there wasn’t a figurine or a TV not in danger in the house as I simultaneously played striker and goalkeeper on the sofa.

Football was my life as a young man, playing for and captaining our youth side, Bedford Park Rangers to league and cup titles. I even had a small stint at Luton Town as a youth player, before a discovery about myself led me to re-think absolutely everything.

It was at age 15 when I realised I wasn’t straight, a switch in my brain was activated as I realised I fancied a few of my male classmates. It took me a few years to work out what was happening, as I watched on while the only out gay guy at school was relentlessly bullied.

In the football world, there were no gay players whatsoever. It made it easy to hide. If you played football, you were straight – it’s as simple as that. A google search of “gay footballers” led me to the tragic story of Justin Fashanu, who committed suicide in 1998, which didn’t fill me with a lot of confidence.

Very quickly, I’d left the playing side of the game behind to concentrate on refereeing. There, there were no teammates who may work out I was a “fag” and no coaches who had an excuse to drop me because I would make others uncomfortable.

Being a referee was sometimes a lonely existence, but as long as the abuse I was receiving was about my decisions and wasn’t about me and my queerness, I was fine. I continued to live my life as a lie, whilst refereeing on local leagues and the occasional FA youth game.

I had a run of five years where I received a cup final appointment in each season, all the while hiding the fact I was a gay man in a straight man’s world.

I missed playing though. The hero status of saving a penalty or pulling off a crazy double save and even the character-building exercise that is making a complete howler. My mother always used to say you had to be crazy to be a goalkeeper and mad to be a referee. I ended up doing both at the same time, as I officiated on Saturday afternoons and played on Sunday mornings.

I was 17 when I returned to playing, still trying to work out the inner most workings of my sexuality. The culture of football isn’t a nice thing for a gay man. A lot of players would use homophobic slurs, completely subconsciously, without even realising each word was stabbing me in the heart. I kept quiet, not wanting to be ostracised and carried on.

I played for a few years for a side that had been set up at school, and we were promoted four years in a row. Along with that, we managed county cup success in the middle.

Throughout that whole time, I had not come out. I was 21 when I eventually did, but the club had since folded and if I wanted to continue playing, I would have needed to find somewhere else.

So I was out and proud. I had told the Facebook world that I was a gay man and the support I received was overwhelming. Not one negative comment came my way, and I remember spending the following Monday at work smiling ear-to-ear the whole day. However, the football world was not so accepting.

It was the home ground of my new club, that the incident that stopped me from playing completely occurred. My teammates were aware that I was gay – none of them were openly against me – but the slurs continued to circulate. It was part of the culture, a nasty habit built up over years of working-class mickey-taking and prejudice. One Saturday afternoon, we were playing in a cup game against our local rivals. We were rivals because a lot of players knew each other from opposing sides, always leading to the game being feisty in an effort to gain the bragging rights.

I knew a few of the opposition players. And I knew they knew me. They had read the Facebook post after all. For the whole game I was systematically targeted. Every time we conceded a corner, the massive centre back I knew from school would come up and stand next to me, threatening to beat me up for being a fag. Asking me which teammates I’d sleep with. A horrible mixture of emotional abuse and threats for 90 minutes, designed to unsettle me.

Three of the opposition players would take turns in torturing me. After the game, one of them came up to me and tried to claim he didn’t mean it – it was just a tactic and “banter”. I simply nodded and walked off. By the time I got home, I burst into tears and decided enough was enough. I was never playing again.

And I haven’t played since. The world of football is still too dangerous to be open about your sexuality. Unless you have the mettle to ride it out, to somehow disregard constant slurs and, in my case, targeted abuse, then it simply isn’t worth it.

Tom Carr is 26 years old and is from Bedford in the East Midlands. He supports Plymouth Argyle and used to play for Luton Town as a youth player. He now works to make life easier for LGBT people in sport. With thanks to the Football's Coming Out blog who first published this piece in early 2017. Photo credit to Football's Coming Out.