LGBTI Human Rights in the Commonwealth 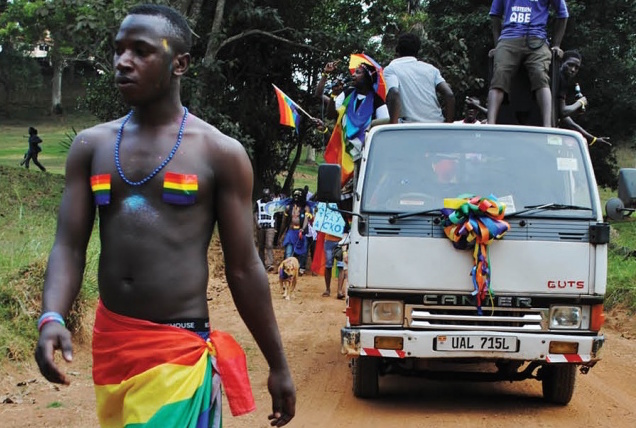 University of Glasgow’s Matthew Waites on on LGBTI rights in the Commonwealth.

The free online book Human Rights, Sexual Orientation and Gender Identity the Commonwealth: Struggles for Decriminalisation and Change, is the first book to analyse LGBTI People’s experiences in the Commonwealth context. Co-edited by Corinne Lennox (Institute of Commonwealth Studies) and Matthew Waites (University of Glasgow), and published by the School of Advanced Study in the University of London on a not-for-profit basis, the book includes 19 chapters written by activists and academics from all regions of the Commonwealth and represents a substantial resource for learning and transnational activism which can be disseminated (for example on Twitter or by sharing its Facebook site). The volume offers the most internationally extensive analysis to date of the global struggle for decriminalisation of same-sex sexual behaviour and relationships. Copies have been donated to Pride House Glasgow to be read by visitors there during the Commonwealth games, and flyers can be obtained there. - The first quantitative analysis of legal change related to sexual orientation and gender identity across all the Commonwealth’s 54 Member States, and an overview of existing transnational politics and activism.

- A unique comparative analysis across the Commonwealth, based on the 16 national analyses, focusing on learning lessons from states in the global South where decriminalisation of same-sex sexual behaviour has been achieved, including the Bahamas and South Africa. Relatedly and following from this, the conference ‘LGBTI Human Rights in the Commonwealth’ was held on 18th July at the University of Glasgow, on Nelson Mandela International Day. The conference was a partnership between Equality Network, Glasgow Human Rights Network, Kaleidoscope Trust and Pride Glasgow, and involved invited speakers from many regions of the Commonwealth including Monica Tabengwa and Shanon Shah who have chapters in the book on Botswana and Malaysia respectively.

Further information and links to relevant online lectures videos, NGOs and other resources can be found on the website of Dr. Matthew Waites at the University of Glasgow.