The Victory of the Far Right in Brazil 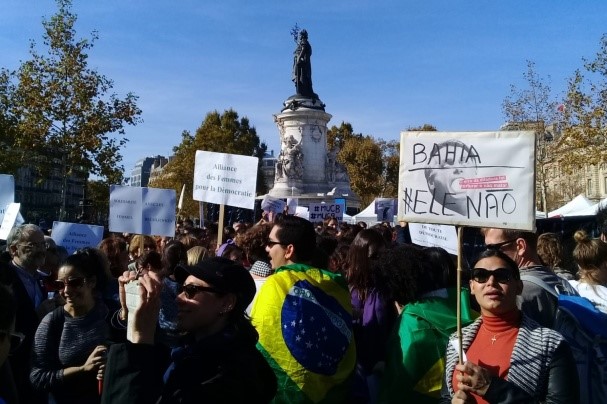 Thiago writes here about the implications of the victory of Bolsonaro in his home country of Brazil.

After 8 months since my post for LEAP Sports about the censorship against gender and LGBTI discussions in public spaces in Brazil, one of our worst dreams came true: the election of Jair Bolsonaro for the presidency. In February, Bolsonaro was in the second position in polls but the first, Lula, from the Worker’s Party (PT), was convicted for corruption and imprisoned during a controversial process. Lula was not able to run for president, which was condemned by the United Nations’ Human Rights committee, leaving open space for Bolsonaro to reach the first place and win elections.

With a sordid campaign full of false accusations and attacks against minorities, which gave him the epithets of tropical Trump or worse, Bolsnaro sold his image as an outsider against traditional politicians, even though he has been a congressman since 1991. The economic crisis, the corruption scandals that affected most traditional parties and a nasty usage of social media to spread altered information of his major opponent, Fernando Haddad from PT, partly explain his victory. He refused to participate in debates but used Facebook Live streams extensively and only gave interviews to media organisms who supported him. Publications and politicians from most political spectrums, such as The Guardian and The Economist or Bernie Sanders and Marine LePen positioned against him during the elections. David Duke, ex Ku Klux Klan leader, however, said Bolsonaro sounds like them.

In 2011, the Ministry of Education tried to publish a material directed to secondary school students, School Without Homophobia. Fernando Haddad was the Ministry of Education during the occasion and Bolsonaro’s supporters used this event to attack his opponent. Bolsonaro’s campaign has been accused of hiring companies to distribute messages to random individuals on WhatsApp with fake news. In one of these messages, for example, they claim Haddad distributed pornographic baby bottles in kindergarten while Ministry.

Bolsonaro’s party, who had little representation in the Congress, is now the second biggest party, just behind PT. He also has support from the conservative ‘bible, beef & bullet’ (BBB) bloc, a group of Congresspeople from distinct parties that come from evangelic churches, the agribusiness sector, public security, and the gun lobby. Bolsonaro argues against demarcation of indigenous lands, sex education in state schools and all kinds of activisms but defends reduction of the age of criminal responsibility and facilitating access to guns. He also said his rivals should leave the country or accept going to jail. Many other proposals are unknown.

The situation of minorities in Brazil will probably worsen. This country is considered to be one of the most dangerous countries for LGBTI people on the planet. Since the beginning of October and the first round of elections, at least three people have been murdered by supporters of Bolsonaro. A master of Capoeira and a 25-year-old transgender woman were both killed – the latter while hearing shouts of “Faggots must die” – as well as a black 23-year-old PT supporter. Journalists have been targeted by Bolsonaro’s supporters when doing their job. Bolsonaro has not even been sworn in yet and more than 50 cases of violence perpetrated by his supporters were registered, compared against 6 cases by his opponents. Bolsonaro says he is against violence in the campaign but he cannot control his supporters.

The rise of far-right in the developed world also penetrated in this huge country in South America. Will it serve as a laboratory for other experiences? 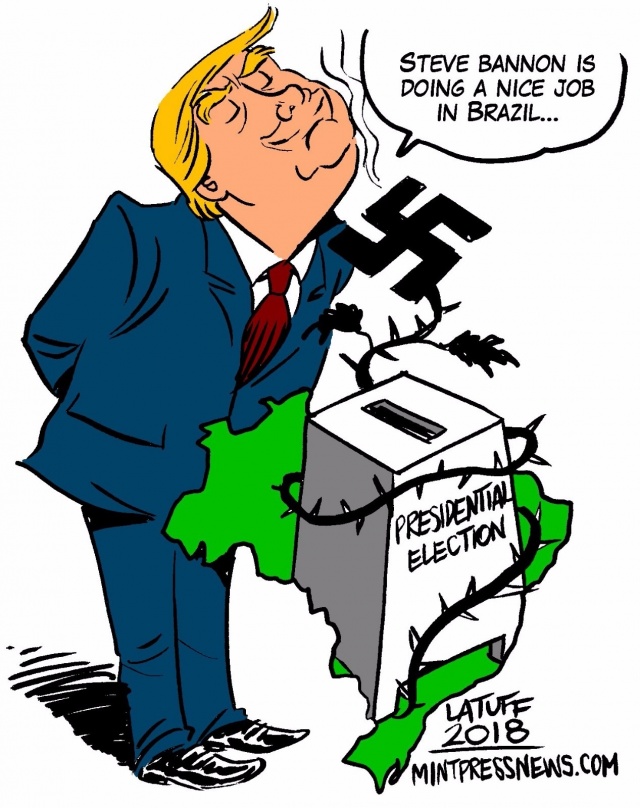 Thiago Bogossian is 28 years old and from Rio de Janeiro, Brazil. He has been a Geography Teacher working with children and teenagers for 6 years and now and is currently a Master in Education student at the University of Glasgow. In late 2017, he completed a placement as part of that course with LEAP Sports.