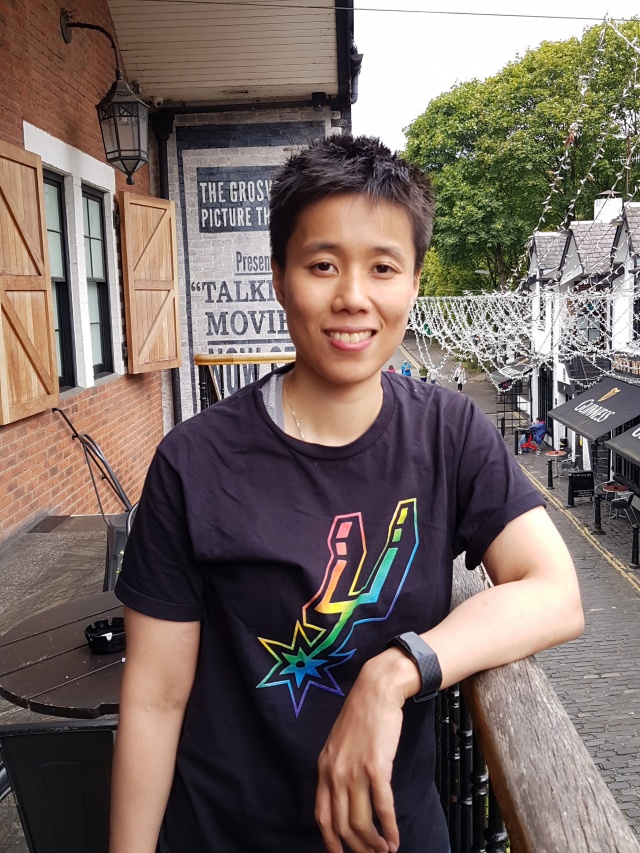 How inclusive do you think sport is for LGBTQ+ people?

As of now I don’t think its inclusive, sure I think there’s been some progress but in general I think the climate in sport for LGBT+ people is not very good. It’s nice to have some professional athletes come out but it’s still not a norm. I don’t know why your sexuality or gender identity is a big deal, sport is about performing.

I think the policy needs to be more inclusive. Language wise I can’t really think but I definitely think it’s still very gendered. Whether you’re at uni or professional level there’s a men’s league or women’s league so that in itself is not inclusive to trans and non-binary people. With the Rainbow Glasgaroos we want to be able to join a league at some point, but we’ll have to check whether they’re gonna allow us to play as a mixed gender team, because if its gonna be league where it has to be men or women, we’re probably not going to join it because it’s not inclusive to all our members.

My identity definitely affected my sense of being comfortable in basketball, because basketball is seen to be more masculine. I think it’s a barrier that can make people feel awkward, especially if you don’t feel comfortable being out. My experience at uni playing for the womens second team, I actually was not out and I felt a little uncomfortable because in my head I was thinking: “what if they found out my sexual orientation?” Just because we share the same changing room I didn’t want them to feel awkward.

When we hang out as a club, as someone who is not straight, socially speaking you can’t really relate to them because they talk about boys and things like that. When it comes to playing with men for fun with friends or something , maybe this was a personal thing, but I couldn’t really shake it out my head “are they treating me the same?” That’s why I really was looking for a safe space and that’s why I think the LGBT basketball group is- I love it because I don’t really have to think about those things. In a way it’s being recognised these spaces are needed. 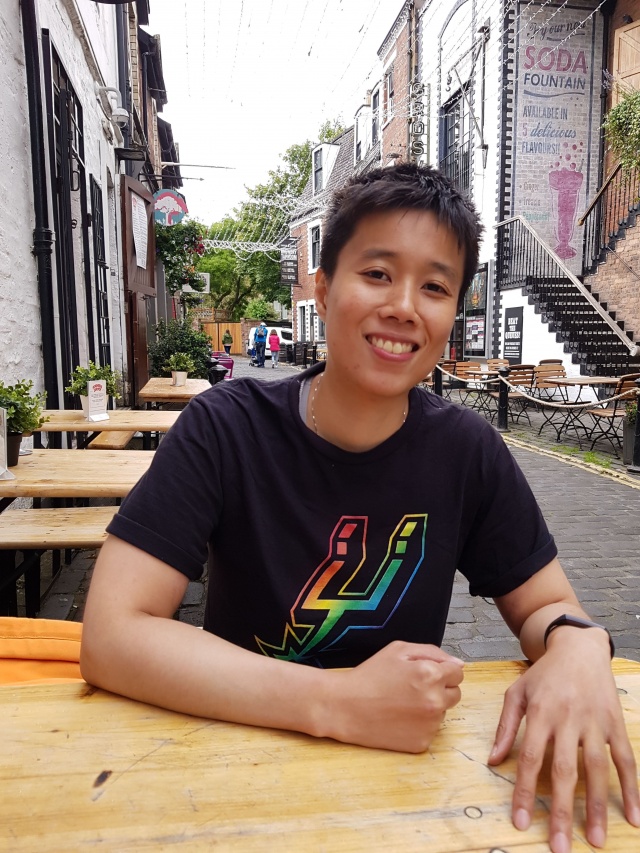 What has your experience been of PE at school and sport in general?

My experience of physical education and sport in general has been very gendered. I didn’t like it when I was kid because when you were a girl you’d play volleyball or something and the boys would get to play basketball, and as someone who really liked basketball I hated that. Sports that are kinda seen more masculine you have to face the stereotypes because you’re playing a sport that’s not really associated with your supposed gender. You even have equipment for men and women, like in basketball the men’s basketball is bigger and heavier. As a non-binary person that is way too binary. Obviously people conflate sexuality and gender and you just feel awkward, you feel like you don’t fit in because it’s kind of assume that it’s a cis-heteronormative space and if you’re not in that you maybe wouldn’t feel comfortable in that sport. For me growing up it was really hard to get to play basketball with a team, I’d always end just play by myself because it was hard to find other girls who want to play basketball and I didn’t feel quite comfortable to play with men, so where was I going to go? I would say I only started feeling really comfortable was when the Rainbow Goasgaroos started and we only really start like January or February of this year. 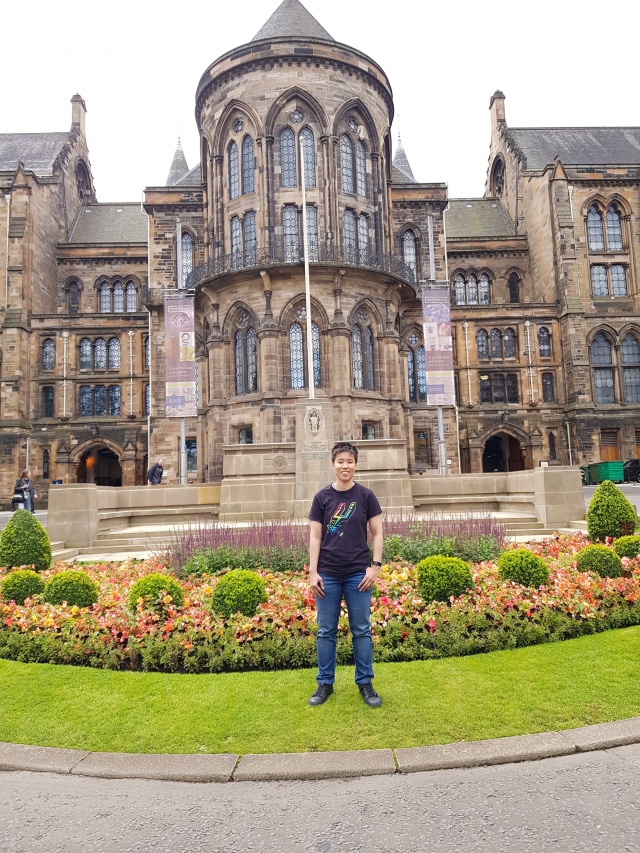 How can sport be improved for LGBTQ+ people?

If we make sport less binary it might feel more welcoming. Trying to use inclusive language as well. If we stop making that gender distinction I feel like its gonna get rid of all the things that come with it like the policies and perceptions. So maybe one thing is start having more mixed sports teams or spaces because then you remove the focus from their gender. Instead, you focus on the sport and maybe peoples abilities or skills rather than their biology. We need to combat the myths about things like trans people having an “unfair advantage” because that might lessen these very rigid policies. 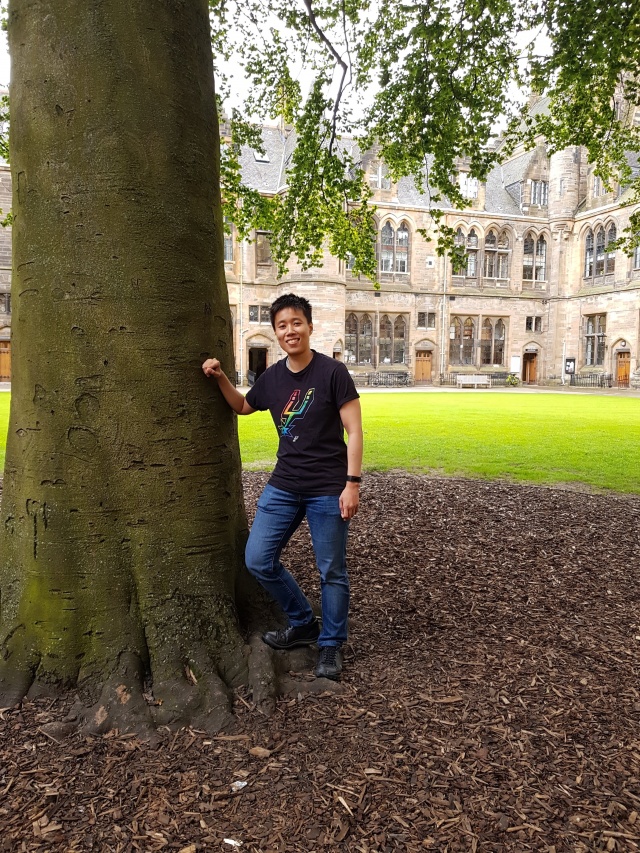 I would say because I’ve loved it since I was kid its somethings fun, it’s a hobby. It’s something that can definitely build skills, and when I say skills I don’t just mean physical skills. Especially if we’re talking about team sports it’s about developing teamwork and confidence. I think that’s why there’s a part of me that’s frustrated growing up and not being able to find a safe space because I feel like if I was able to do that which I have now, I would have benefited so much more. At least for me it’s an important part that can help you develop as a person. 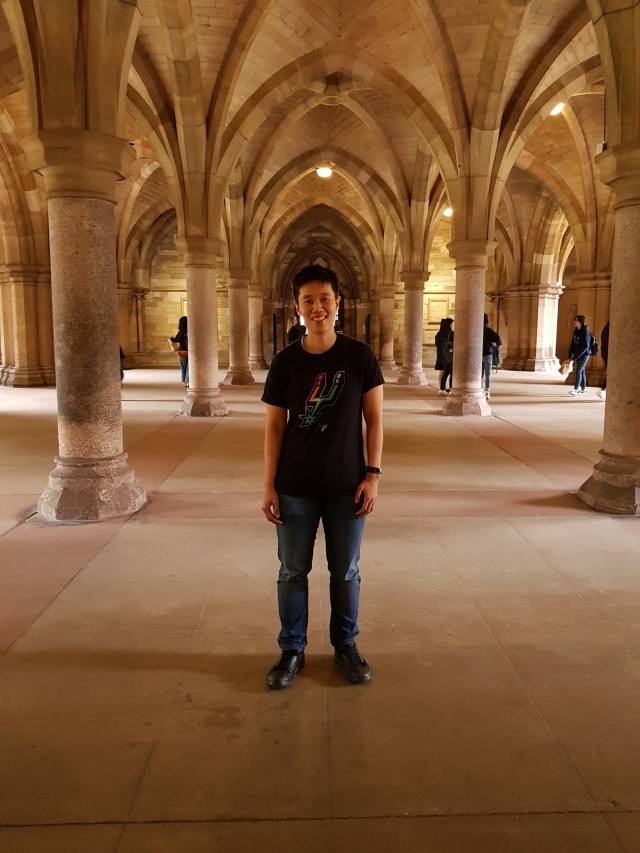 I would say it’s mainly awareness and the beginning of hopefully acceptance. Being aware there are LGBT+ people, there are issues for LGBT+ people in sport so what do we do now? More visibility is also happening. If you kinda go back like decades ago you probably never would have heard of any LGBTQ+ person in sport, no one would even dare come out but that’s slowly changing. For me personally I think the goal is not to have a separate LGBT+ space but to have sports with diverse people, including LGBT+ people. Going back to what sport is, it comes down to the sport itself, the ability to play that sport, skills and all those things. Sexual orientation and gender identity or whatever I don’t think that should play into it. I think the goal should be to make sport a safe space for everybody.

What do you think the future is for LGBTQ+ people in sport?

I think it’s just being part of it and it not matter if you’re LGBTQ+. Maybe before we get that point where we forget about gender and sexuality, we would have more LGBT+ spaces and before we get to that final integration I’d like to have more LGBT+ sport role models. Just to show being LGBT+ doesn’t affect your performance to combat that stigma and barrier.

Being in the UK which is a little more progressive and being involved in LEAP sports it makes me feel more optimistic because I know there is a body that is pushing for that. In the context of the Philippines which is where I’m from, I don’t think I’m as hopeful because I feel there’s so many things that need to be addressed there before people even start talking about LGBT+ inclusion in sport.