Natalie Washington, FvT Campaign Lead, explains “Trans people still face real barriers getting into the game, fears and experience of exclusion can put people off taking part in the game they love, even when trans inclusion policies are in place. In the vast majority of cases there is little or no provision for non-binary people whatsoever.”

“We hope by continuing to celebrate trans and non-binary identities in the game, and by providing resources to help clubs and administrators to be more inclusive, that we can help football become a great place for everyone”

Trans Active Edinburgh headed to The Meadows for some drills and skills activities in the sun, before letting their competitive sides show and getting stuck into a game. Al, our TAE lead, explained the joy that the players felt when being able to play football without needing to worry about their trans identity or gender-based harassment.

Trans Active Glasgow teamed up with a coach from the newly-formed CathkinBlazes, a local football team for women and non-binary people, who led a training session under brilliant blue skies - it seems that even the Glasgow weather is a trans footy ally! 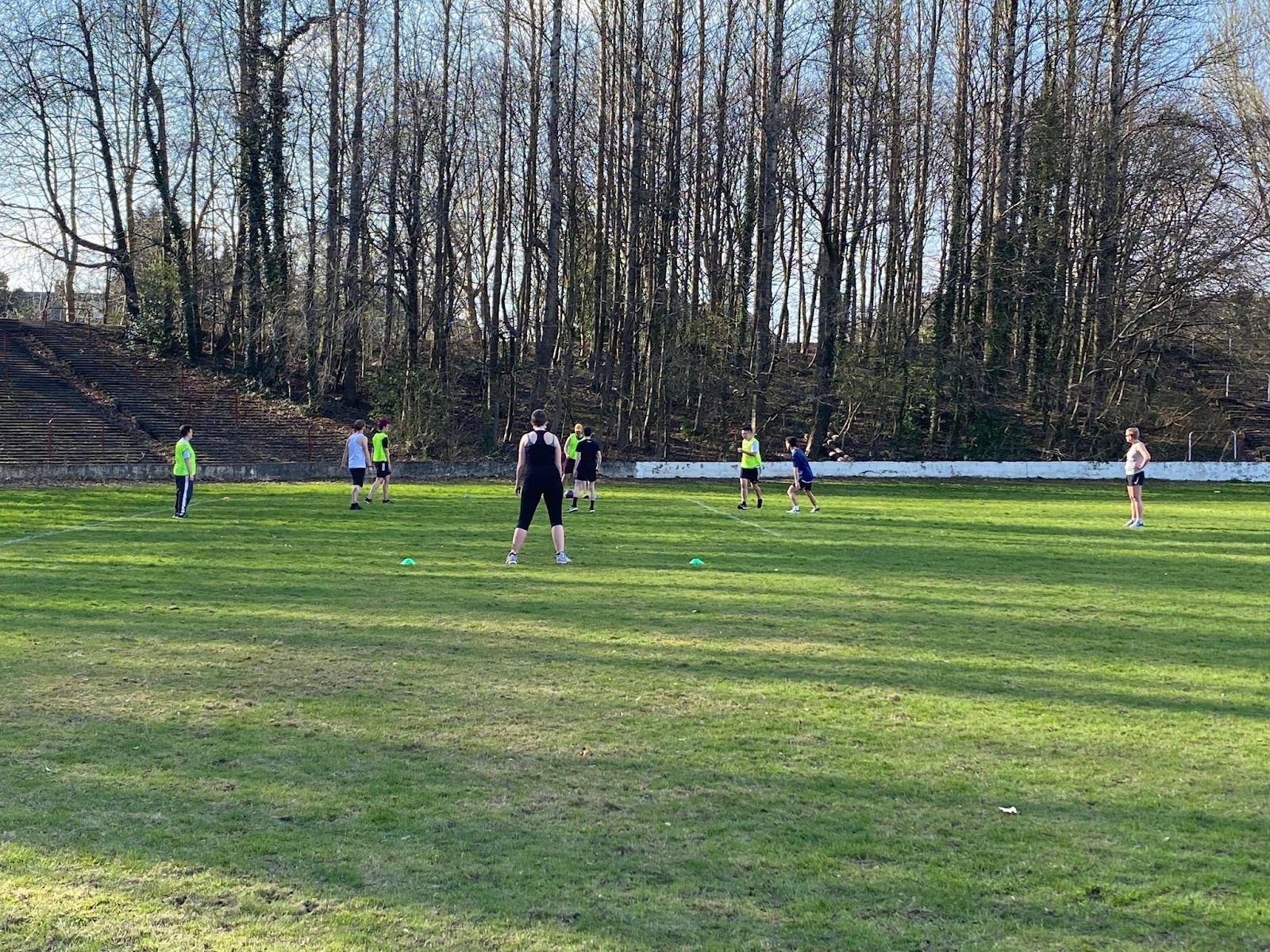 Players with a wonderful mix of abilities and motivations for attending learnt skills and consolidated friendships throughout the session. Some attendees came along because they just can’t get enough of football. Others told us they were there more for the community and social aspects of the game. Team members often become like family to one another, an aspect of the game which can be especially important for members of our communities who face isolation or transphobic family environments. The impacts of being able to play football in an environment which accepts and celebrates our trans and non-binary identities extend far further than the pitch.

The end of both the Glasgow and Edinburgh Trans Active football sessions saw happy and tired groups chatting, laughing about their joint experiences, and exchanging details for future football matches.

We continue to work towards trans and non-binary equality in football so that players can play without discrimination for who they are. There is however a lot of work to be done to ensure that trans and non-binary people are able to play football in teams which recognise and respect their gender. Inclusive coaching is a vital step towards equality for trans and non-binary players. Check out the FvT coaching resource, as well as the Football vs. Homophobia campaign’s full range of resources for ways to ensure your football world is trans inclusive - whether you are a fan, a pro, or anywhere in between.

Get involved in #FvT2022 on social media by using #FvT2022 and #TransFootyAlly or see here for upcoming events and other ways to show your support.

For more information on Trans Active Edinburgh and Glasgow please see our website.