Get Involved in FvH Month of Action 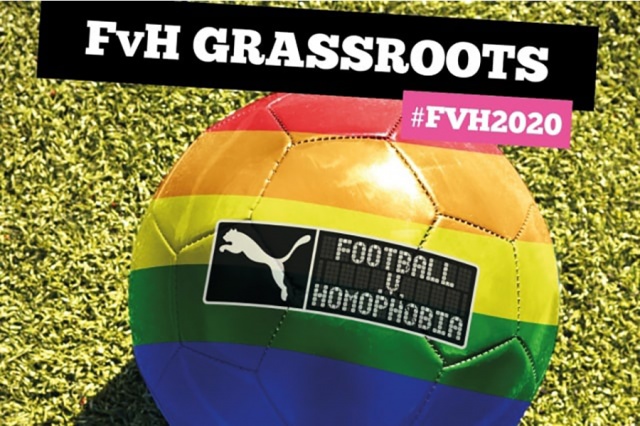 Football v Homophobia Month of Action is just around the corner and there are plenty of ways to get involved!

The Fans Gathering will engage all members and potential members of LGBTIQ football fan groups in Scotland, with the aim of encouraging learning, collaboration and development. Fans will have the opportunity to come together and share their group’s journey so far, as well as participate in the conversation about the future for LGBTIQ fan groups in Scotland.

As part of the Football v Homophobia Month of Action, Football V Homophobia Scotland is holding an LGBTIQ Fans Gathering from 10AM-3PM on Saturday 15th February at Hampden Park. This event has been supported by Fare Network and the Scottish FA.

The free event is open to any LGBTIQ or ally fans who are, or would like to be, part of an existing LGBTIQ fan group, or who are interested in setting up their own group.

Refreshments and lunch will be provided. We hope to follow this event with a social activity. Thanks to financial support from Fare Network, participant travel costs can be covered.

Clubs interested in getting involved with the campaign will need to meet the following criteria:

Click here, and scroll towards the bottom to apply.