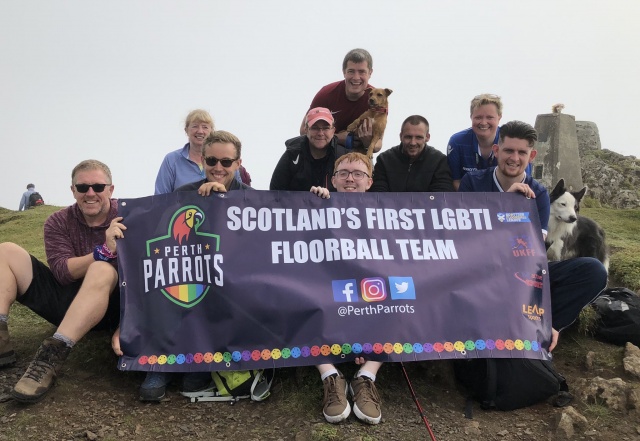 Perth Parrots is a sports group located in Perth which was set up in August 2019. They offer a safe and welcoming space to LGBTI people and their allies, providing access to the sport of floorball and its associated mental and physical health benefits.

Relatively new to Scotland, Floorball is now played in more than 80 countries and has taken a significant foothold in Northern and Eastern Europe.

The Perth Parrots are affiliated with the UK governing body - UK Floorball Federation - and the Scottish Floorball League which hosts league matches from Bells Sports Centre, Perth. The Scottish League allows those aged 14 and above to compete in the league, and your place in the team is based on merit and ability, not gender.

Despite being a recently established sports group, the Perth Parrots have accomplished a great deal in their first year! In the summer of 2019, the club worked collaboratively with LEAP and Perthshire Pride and participated in their first ever Pride event. Perth Parrots also engaged in LGBT Youth Scotland's Purple Friday by hosting a floorball taster session which saw around 30 participants from across the LIVE Active Leisure family supporting the activity by donning purple sports wear.

The Perth Parrots also organised the first ever LEAP Sports North Community Cup bowling tournament celebrating LGBT History Month. This event also raised some money which contributed to funding the annual Youth Cup, which brings together LGBT+ young people from across Scotland to enjoy an afternoon of bowling.

During lockdown and COVID-19, Perth Parrots have organised quizzes and regular catch-ups with their members. They have also taken to the outdoors with hillwalking and fitness sessions to keep members feeling active and motivated. 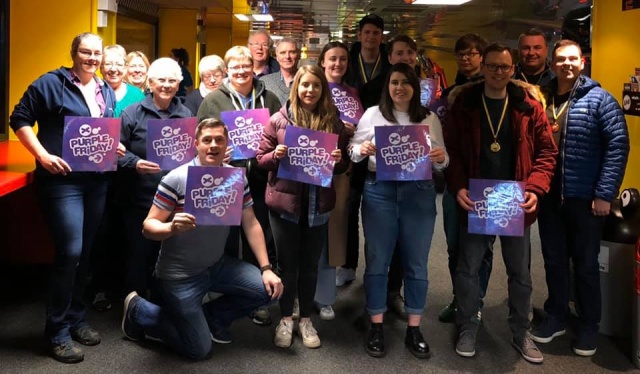 Happy birthday Perth Parrots and we wish you the best of luck in all your future endeavours!