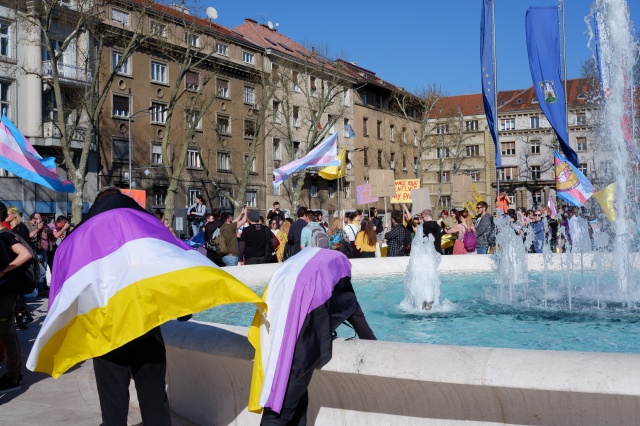 An update from Sonja and Ewan

Sonja Erikainen and Ewan Coull, LEAP volunteers, update us on their work in Zagreb, Croatia as part of the Beyond2 project, funded by the European Commission's Erasmus+ programme and coordinated by Queer Sport Split. As well as working on the project, they attended the inaugural Balkan Trans Intersex March on 30 March 2019.

We’re closing in on the end of this project, and to raise awareness of trans and gender diverse people in sport we took part in Transpozijum, a weekend of events and workshops bringing together trans*, gender variant and intersex people from the region.

We listened as Jovan described his experience of working out as a trans man, how he had not felt able - in his home country, where the feeling is everyone knows everyone else - to engage in sports in public places. This caused him to develop his own exercise regime at home to start building his body as he knew it should be. Erin spoke powerfully on the experience of being an intersex young person who had been competitive in sport as a child, but felt forced to stop to avoid uncomfortable debates and conversations around the participation of intersex athletes in sports competitions with sports governance bodies, while Josch gave an account of working as a LGBTQ sports activist and his experiences of creating inclusive spaces. 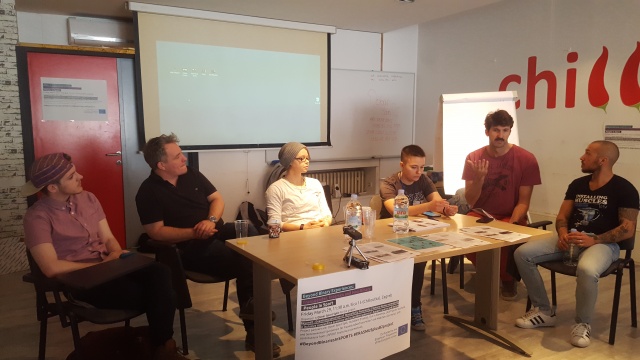 The workshop was focusing on exploring how we can make sporting spaces and environments safe and comfortable for gender diverse people, and it included an artistic component as well as a “world café.” We all had the opportunity to visualise situations where we felt uncomfortable or unsafe while taking part in sports by drawing these situations and then reflecting on what we had drawn together with others. We also had more targeted discussions about common obstacles, opportunities, and ways to create inclusive spaces via the world café format, where we moved around different tables each dedicated to discussing a different theme: sporting spaces, bodies, and communication or interaction with other people in relation to sport.

On Saturday, we were able to take part in the first ever Balkan Trans Intersex March (with such gorgeous weather, we weren't so sad to miss out on Trans Pride Scotland which our friends back home were attending!). It was incredibly powerful to walk alongside so many trans, non-binary and intersex people, and allies, who showed up in Zagreb to March under the banner “Moje tijelo - moj hram! Moj identitet - moja stvar!” (“My body – my temple! My identity – my business!”). This felt particularly relevant with the conversations we had been involved in on Friday on how body image and expectations impact people accessing sports. 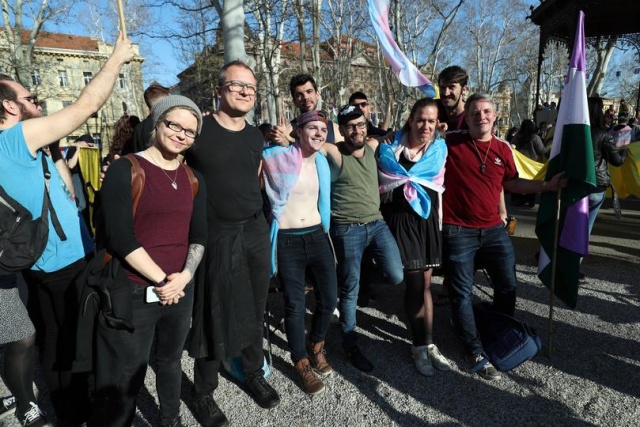 We are now planning the final stages of the project, and look forward to building on our experiences and conversations in Zagreb to organise the project’s concluding activities. In June, the project will host an inclusive aquatic sports event in Paris, and we are particularly excited to bring the Beyond2 project team to Scotland once more for the launch of our online multimedia resource on inclusive sports in conjunction with Edinburgh Pride.