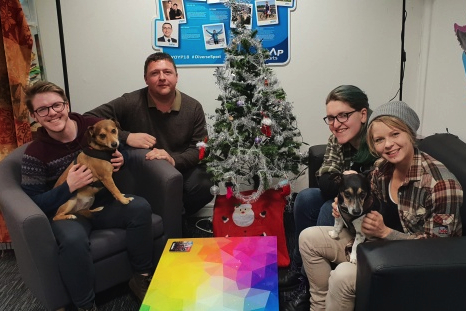 A refreshed project team from LEAP Sports is now in place to work on the remainder of the project.

Beyond2: Perspectives on hetero/homo normativity in sports is a small collaborative project funded by Erasmus+ and coordinated by our partners Queer Sport Split from Croatia. The project examines norms and regulations of sports that are based on a highly limiting binary segregation of male/female sports, assume masculine/feminine characteristics and then often project hetero-normative constructs – like mixed pair duos/pairs as elementary teams. These norms and constructs are also often conflated with sex characteristics. Access to those who identify or act outside of these systems or who have one or more of a range of variations in sex characteristics, are hard or sometimes non-existent altogether in mainstream sport. As such, this project will look in particular at experiences of trans*, including non-binary and gender non-conforming people, intersex people and those who identify as queer. More information on the project can be found here.

In it’s first year, the project has collected experiences from pioneering practices across different contexts in Europe and taken the experiences of many people through interviews. There are still a couple of weeks left to get involved by contributing a short interview of your experience in sport to the project and you can do, so by emailing hayley@leapsports.org to make arrangements.

The LEAP Sports project team consists of (left to right above) Ewan Coull, Hugh Torrance, Hayley Branagan and Sonja Erikainen. Ewan attended the last project meeting which was held earlier this month in Ljubljana (photo below), hosted by Out in Slovenia. We would also like to thank Charlotte McCarroll for working with us through the early days of the project and helping to get us to this stage. 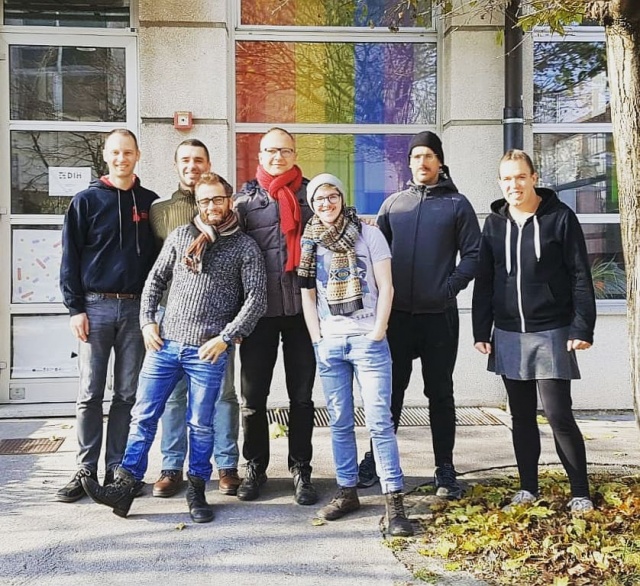