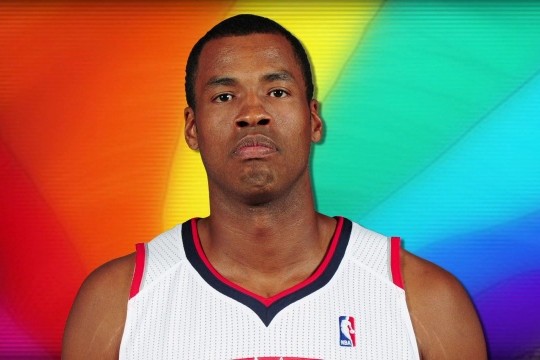 "I want to do the right thing and not hide anymore."

"I want to march for tolerance, acceptance and understanding. I want to take a stand and say, 'Me too'."

Jason Collins is a professional basketball player who played 13 seasons in the NBA.

In 2001 he was drafted by the Houston Rockets an went on to play for the New Jersey Jets, Memphis Grizzlies, Minnesota Timberwolves, Atlanta Hawks, Boston Celtics, Washington Wizards and Brooklyn Nets.

After the 2013 NBA season concluded, Collins publicly came out as gay. He then became a free agent, eventually being signed with the Nets.

In 2014, Collins was featured on the cover of Time Magazine's 100 most influential people in the world.