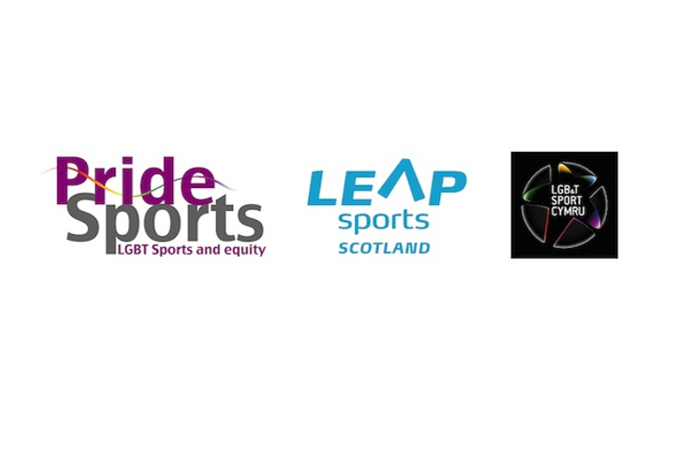 The following is a joint statement by LEAP Sports Scotland, Pride Sports and LGBT Sport Cymru.

At the weekend we became aware of a tweet from Sharron Davies MBE, which stated:

“I have nothing against anyone who wishes 2be transgender. However I believe there is a fundamental difference between the binary sex you are born with & the gender u may identify as. To protect women’s sport those with a male sex advantage should not be able to compete in women’s sport”

Sharron Davies is not alone. Her view reflects a growing debate in and around sport about the fairness of transgender women in competition. This debate has intensified over the weekend with some big names in sport including Sharron Davies and Dame Kelly Holmes speaking out. All of this despite transgender men and women having been able to compete at the highest level for more than fifteen years.

Within this debate information is being circulated which claims to be ‘providing objective evidence-based advocacy for female athletes and sports professionals’, and which contains numerous inaccuracies.

In 2003 the IOC agreed the Stockholm Consensus, which allowed transgender athletes to compete at the Olympics following their “undergoing sex reassignment from male to female after puberty (and the converse), under the following conditions:

> Surgical anatomical changes have been completed, including external genitalia changes and gonadectomy

In 2015, the IOC updated its policy on transgender athletes to the following:

“Those who transition from female to male are eligible to compete in the male category without restriction.

Those who transition from male to female are eligible to compete in the female category under the following conditions:

> The athlete has declared that her gender identity is female. The declaration cannot be changed, for sporting purposes, for a minimum of four years.

> The athlete must demonstrate that her total testosterone level in serum has been below 10 nmol/L for at least 12 months prior to her first competition (with the requirement for any longer period to be based on a confidential case-by-case evaluation, considering whether or not 12 months is a sufficient length of time to minimize any advantage in women’s competition).

> The athlete's total testosterone level in serum must remain below 10 nmol/L throughout the period of desired eligibility to compete in the female category.

> Compliance with these conditions may be monitored by testing. In the event of non-compliance, the athlete’s eligibility for female competition will be suspended for 12 months” [2]

As can be seen, trans women athletes have to comply with some rigorous qualification criteria in order to compete, and to date, as far as we are aware, not a single transgender athlete has medalled at the Olympics. Surely this alone would suggest that the IOC’s transgender policy is having the desired effect of ensuring fairness in gender categories?

We question Sharron’s use of the term "male sex advantage". This is problematic because it implies that all men are stronger and faster than all women when; in fact the difference between an average man and average woman is far less than between the fastest woman and the slowest woman, or the strongest man and the weakest man.

Whilst we believe that men undoubtedly experience advantages in sport, we believe that these advantages are mainly conferred from inequitable investment in women’s sport rather than physiological superiority. From facilities, to coaching staff, to unequal prize money, to media representation, we find the gender inequality in sport unjustifiable. We find it unbelievable, for example, that in 2019 football boots designed for women are not readily available on the high street and yet girls and women are playing football week in and week out up and down the UK.[3]

To ‘protect’ women’s sport, shouldn’t we be demanding greater investment both in the performance pathway for women alongside improvements in the way women’s sport is represented? Quite frankly, we’ve had enough of following our women’s teams on social media or via the red button, when men’s sport constantly dominates primetime TV slots.

According to analysis by the Sutton Trust, 32% of Britain’s 130 medallists in Rio 2016 attended fee-paying schools, whilst only 6% of the UK population are privately educated.[4] Well-funded private schools with top-class sporting facilities and highly qualified coaches have always dominated performance sport and yet the current debate is focusing on an estimated 1% of the female population who are currently underrepresented in organised sport, not dominating it.

In addition, factors other than strength and speed have a determining impact in many sports. For example economy of movement (how efficiently an athlete moves in relation to the activity they are undertaking), the ability to read a game, interaction with other players in a team sport, game/race plan, and mental toughness can all affect success or defeat.

We are also concerned about arguments, which state that size confers an athletic advantage, and that therefore transgender women who are subject to testosterone limitations still experience an advantage because men are generally larger than women.

We find this argument problematic for two reasons.

Firstly, because we know that size isn’t always an advantage. Different physical traits confer an advantage in different sports.

For example, lightweight body frames provide a competitive advantage in sports such as long distance running. While muscle mass is core to generate the power that sprinting requires, running economy and endurance at maximum effort (among other biochemical and non biochemical markers) are essential for success in sports that are highly reliant on aerobic capacity.

Equally, women who succeed at netball tend to be taller than an average woman. A quick scan of the England women’s netball team stats will tell you that the shortest player measures 5’9” when the average height of a woman in the UK is 5’3”.

If a trans woman has a large frame (and not all trans women do) that can be a disadvantage in many sports, particularly if hormone therapy has limited the production of testosterone and therefore the capacity to grow muscle. Imagine having a big body but hardly any muscle. You wouldn’t get very far very fast!

There is growing anecdotal evidence from transgender women athletes, that reduced muscle mass and a larger frame can mean that they may have to work harder in the gym or take longer to recover than their cisgender counterparts.[5]

Finally, we believe the current rise in the questioning of transgender athletes in sport is being used as part of a political debate, which is seeing transgender people targeted by certain groups and in certain sections of the media in the UK. This is happening within a context of a moral panic generated around trans rights which often centres on themes of unfair ‘advantage’ and/or infiltration of women’s spaces, while the reality of many trans people’s lives remains marked by pronounced disadvantage and hardship which can encompass home life, education, employment prospects, mental and physical health and wellbeing, and overall happiness. To present the subject of transgender access to sport in isolation from this wider context is itself an act of egregious and deeply irresponsible transphobia.

As the leading organisations for LGBTIQ+ inclusion in sport we would therefore like to invite Sharron Davies to meet with us to discuss her concerns in the hope that we can allay any fears she might have about unfair advantage.