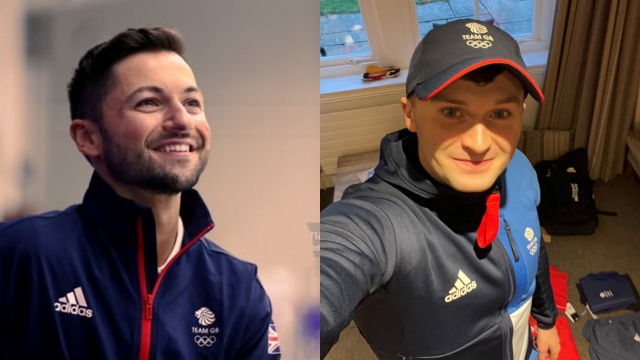 Firstly we had Prestwick boy Lewis Gibson place in the top ten in the figure skating with dance partner Lilah Fear. Lewis spoke to Jon Holmes at Sky Sports before the Games saying:

"Understanding who I was took time and being in such an inclusive sport as this really helped. I was able to see people around me in Montreal flourishing and thought, OK, I can be me. It's not like that in every sport and walk of life so I'm very grateful."

Bruce Mouat went a step further, and captained his team to a silver medal finish in team curling, which also earned him a role as Team GB flagbearer at the closing ceremony. In a Sky Sports article prior to the Games, Bruce said:

"It [not being out] was causing issues in my playing ability and in my general wellbeing. I needed to do something about it so I started to come out to family and friends first, just a handful of people. And because curling was such a big part of my life, I felt I needed to be honest with those people too. That's what led me to want to open up and be authentically myself."

We're very proud of both Lewis & Bruce who are inspiring role models for a whole generation of LGBTIQ+ people - would-be curlers, budding ice-dancers, and much more.

The increase in LGBTIQ+ visibility at last year's Tokyo Olympics and now at this year's Bejing Winter Olympics has been a major talking point with Outsports reporting 186 out athletes at Tokyo and 36 out athletes at Bejing.