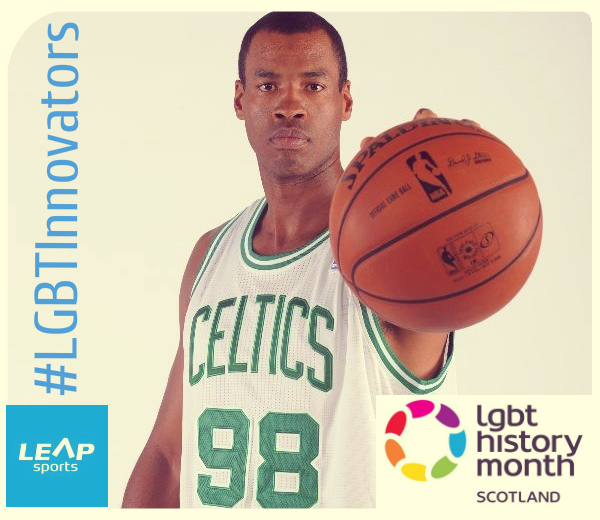 He played college basketball for Stanford University where he was an All-American in 2000–01, before being drafted 18th overall pick in the 2001 NBA draft by the Houston Rockets. He went on to play for the New Jersey Nets, Memphis Grizzlies, Minnesota Timberwolves, Atlanta Hawks, Boston Celtics, Washington Wizards and Brooklyn Nets.

After the 2012–13 NBA season concluded, Collins publicly came out as gay – he was the NBAs first player to come out and continue playing. He became a free agent and did not play again until February 2014, when he signed with the Nets and became the second publicly gay athlete to play in any of four major North American pro sports leagues. In April 2014, Collins featured on the cover of Time Magazine’s“100 Most Influential People in the World”.

Speaking about his sexuality in Sports Illustrated Magazine in 2013 in Collins wrote:

“I didn’t set out to be the first openly gay athlete playing in a major American team sport. But since I am, I’m happy to start the conversation. I wish I wasn’t the kid in the classroom raising his hand and saying, ‘I’m different.’ If I had my way, someone else would have already done this. Nobody has, which is why I’m raising my hand.”

Collins has played for six teams over 12 seasons. He said his final motivation for coming out was being unable to participate in a gay pride parade in Boston in 2012.

“I realized I needed to go public when Joe Kennedy, my old roommate at Stanford and now a Massachusetts congressman, told me he had just marched in Boston’s 2012 Gay Pride Parade,” Collins said. “I’m seldom jealous of others, but hearing what Joe had done filled me with envy. I was proud of him for participating but angry that as a closeted gay man I couldn’t even cheer my straight friend on as a spectator. If I’d been questioned, I would have concocted half truths. What a shame to have to lie at a celebration of pride. I want to do the right thing and not hide anymore. I want to march for tolerance.”