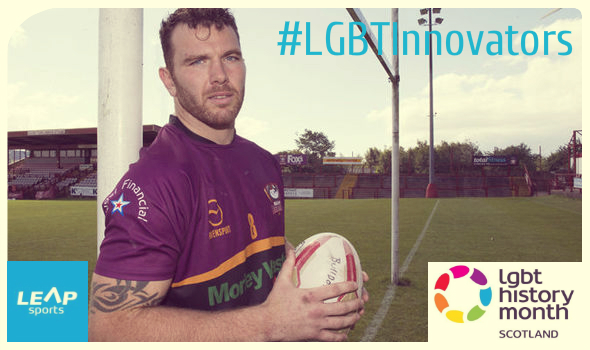 From Batley, West Yorkshire, he plays as prop forward and is the team captain. Hirst began his career as an academy player at Bradford Bulls before joining Hunslet Hawks in 2008. After a season with the Hawks, Hirst moved to Dewsbury Rams for two seasons and then moved to Batley Bulldogs for the 2012 season. In 2013 he moved to Featherstone Rovers but returned to Batley, first on loan and then on a permanent move in 2014.

In 2015 Hirst became the first British Rugby League player to come out as gay.

When asked when other rugby players would come out, he responded:

“When they’re ready to. I don’t think it’s fair to try and force it. A person, whoever they are, can only come out when they want to. They’ll feel the same as anybody else does before they come out. But if a regular guy has 100 people to come out to, to be possibly rejected by, footballers have 50,000 people who they feel may reject them. I think only when they’re totally comfortable with their situation will you get a footballer who publicly comes out.”