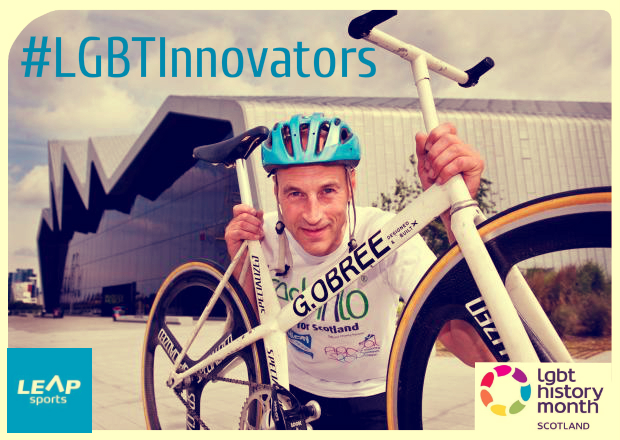 Graeme Obree (Born in 1965), nicknamed The Flying Scotsman, is a Scottish racing cyclist who twice broke the world hour record, in July 1993 and April 1994, and was the individual pursuit world champion in 1993 and 1995.

He was known for his unusual riding positions and for the Old Faithful bicycle he built which included parts from a washing machine. His life and exploits have been dramatised in the film The Flying Scotsman.

In January 2011, Obree came out publicly as gay in an interview with the Scottish Sun. Speaking about his sexual orientation Obree said: “I was brought up by a war generation; they grew up when gay people were put in jail. Being homosexual was so unthinkable that you just wouldn’t be gay.”