News
LEAP Sports > News > Pride month may be over, but we’re not done celebrating athletes and professionals coming out in sport

Pride month may be over, but we’re not done celebrating athletes and professionals coming out in sport 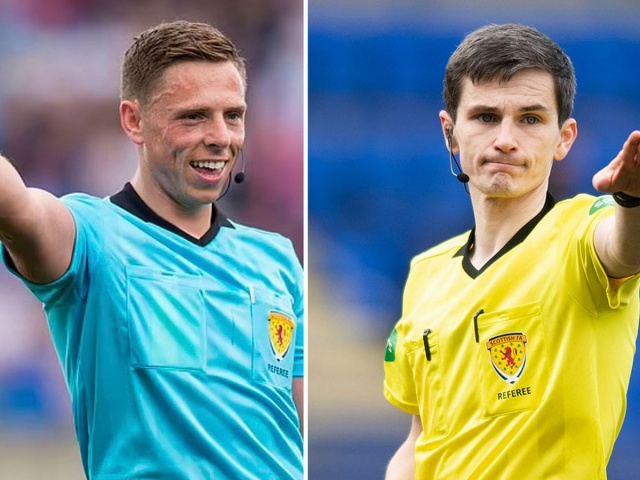 Pride month may be over, but we’re not done celebrating athletes and professionals coming out in sport

Following a bumper Pride Month which has seen millions of people march and celebrate the voice of the LGBTIQ+ community across the UK, we reflect on recent publicity around sporting figures choosing to come out. Seeing more sporting stars feeling comfortable in expressing their sexuality publicly has a positive impact on the visibility of LGBTIQ+ participation in sport. It has been really pleasing to see that those coming out have received overwhelmingly positive reactions.

Referees Craig Napier and Lloyd Wilson have become the first openly gay male footballing figures in Scotland since the mid-1990s. In May Blackpool player Jake Daniels became the UK’s first openly gay professional player since Justin Fashanu, who also had spells playing for Scottish clubs Airdrieonians & Heart of Midlothian. This is a ground-breaking moment in sport in general, but also especially in football. The hope is that the more we see sporting figures come out, the more it will remove the fear and stigma that some experience regarding their sexuality.

A common theme of athletes publicly coming out has been around the need to change the culture in their sport. This shows what we at LEAP Sport have been championing for years, the fact that sport can be a place to welcome people regardless of their sexuality and gender identity.

“In Scotland I haven’t seen any promotion from any high-level clubs supporting Pride Month”.

With close to 350 senior professional footballers playing in our men’s teams in Scotland there is still not an openly gay player in the SPFL set up.

It is evidently clear that Scottish clubs need to do more to showcase themselves as being a welcoming environment for people in the LGBTIQ+ community and that begins with more coverage and visibility. There has been a very limited amount of visibility in the Scottish game this month highlighting Pride Month.

Outside of football, Irish Rugby Union player and Leinster’s own Nick McCarthy is another athlete who publicly came out this June along with former Team GB athletics legend Dame Kelly Holmes.

Nick McCarthy acknowledged the difficulty of playing professional sport while keeping his sexuality so close to his chest: “It’s hard to perform at your best when you are carrying something, anything, and that’s the same for all the lads. For me it was my sexuality, for others it could be stuff at home, or studies or whatever.” Read more from Nick’s interview in the Guardian here (add link).

Our work with Football v Homophobia Scotland is still as important as ever, in particular enabling the voice of the LGBTIQ+ community in football to be heard. This is something we will continue to lead on, because an increase in visibility is crucial in the step to equality in football and in sport in general. This ties into our values as an organisation campaigning for diversity in sport.

"It's pleasing to see so many athletes and sports people feeling that they can be their authentic selves in sport, and this year's Pride Month has given a platform to many more people to share their stories; we welcome and thank them all for taking this step. It's also been pleasing to see the level of support that they have had from the world of sport. But we must also be clear that LGBTIQ+ inclusion is not only for Pride Month, so let's set the target that for Pride Month 2023, we can look back with pride on a year of strong solidarity and unwavering support for these athletes and officials''.

Looking ahead to the future it is evident that greater visibility for LGBTIQ+ participation in sport will lead to an increase in sporting participation. Whether that be through athletes themselves or fans encouragement and support, the hope is it will change the mindsets and help shape the norms of sporting clubs for the better.