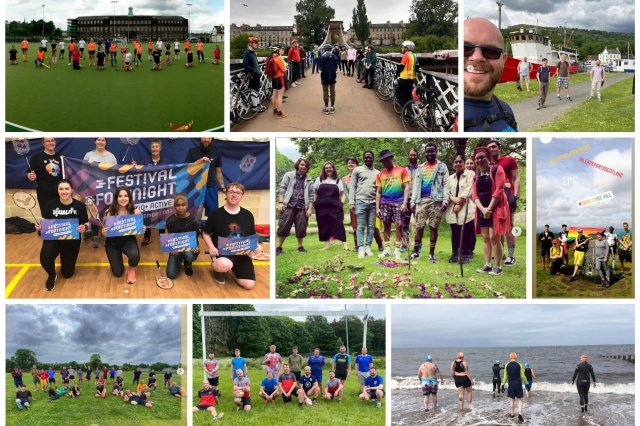 During the final two weeks in June, LEAP Sports coordinated their annual Festival Fortnight. This year’s festival featured 33 sporting, social and online events, providing something for everyone. A few highlights from these two busy weeks included the Queer Bike Tour of Glasgow, where Hannah & Robin from Bike for Good took participants to different cycle stops of cultural and historical significance to the LGBTQI+ community, listening to audio clips along the way. Another exciting addition to Festival Fortnight was the Introduction to Open Water Swimming & Open Water Skills Training led by Kate Gillwood. Five beginner swimmers learned the star float, and five intermediates swam a successful 200m in choppy waves. The session received positive feedback from a fellow swimmer noting, “it had been so good to finally find some queer space for swimming”. 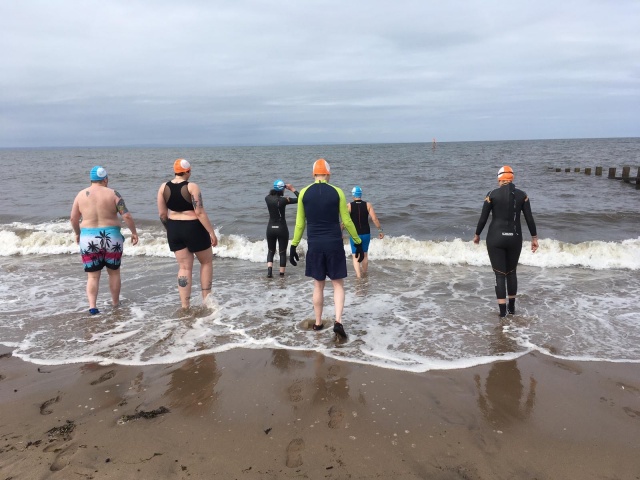 Access Parkour had to battle Scotland’s unpredictable summer weather during their Introduction to Parkour Workshop, however rain could not keep participants away. Sixteen people joined the session trying new movements and exercises and learning safe jumping, vaulting and balancing techniques. Some of the most memorable moments were during the informal chat with participants once the workshop had finished. Many people asked for more information about other opportunities to train parkour after the event.

A few clubs hosted multiple events during Festival Fortnight, such as Perth Parrots who hosted a Floorball Club Taster session and Sunday Hike. The Floorball Club taster attracted 12 participants, while 15 joined for breakfast rolls and hot beverages before hiking from the South Inch up Kinnoull Hill in Perth. Unlike Access Parkour, Perth Parrots enjoyed fantastic weather, and plan for a future walk in August in Dunkeld and Birnam. 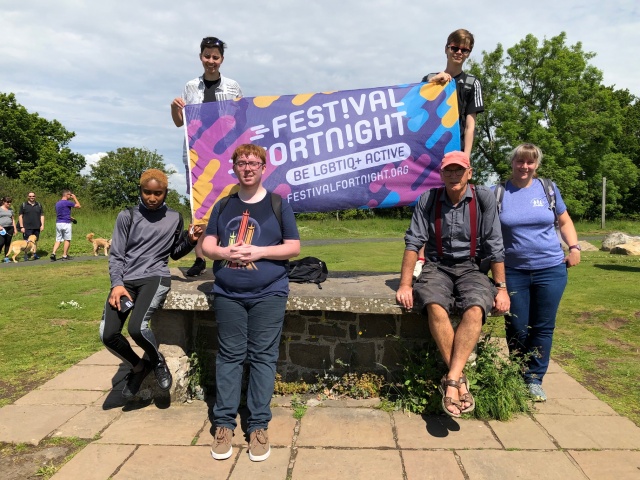 When asked about the impact of the festival’s events, there were lots of positive responses. One participant noted, “I have met a lot of people in the local community, which was really great after moving here during lockdown. I have a better sense of orientation around Glasgow now. I got potential for some volunteering opportunities with Mhor Outdoor via these events which have been brilliant. I also found out about other initiatives like Bike for Good and Out on Sundays, and am getting involved in some activities through them as a result of the Festival Fortnight. I feel like I have started to find my feet in Glasgow a bit more now”.

Despite challenging conditions and regulations, this year's Festival Fortnight was an overall success. From new additions such as Tony Basra Fitness’ Fluid Fridays and Pride Outside’s Woodland Wellbeing Adventure, to long standing partners OUT on Sundays’ walking tours and Glasgow Raptors RFC’s Intro to Rugby Bootcamp, festival events were well attended. The festival offered a variety of opportunities for the Scottish LGBTIQ+ community, from online events like Michael Lee Richardson’s Telling Our Stories on Screen and Introduction to Voguing with Shaper Caper, to in person events such as Colinton Squashers & Scottish Squash’s Social and hikes with Mhòr Outdoor, not to mention the fantastic array of events run by the many more dedicated partners. LEAP can’t wait until June 2022!