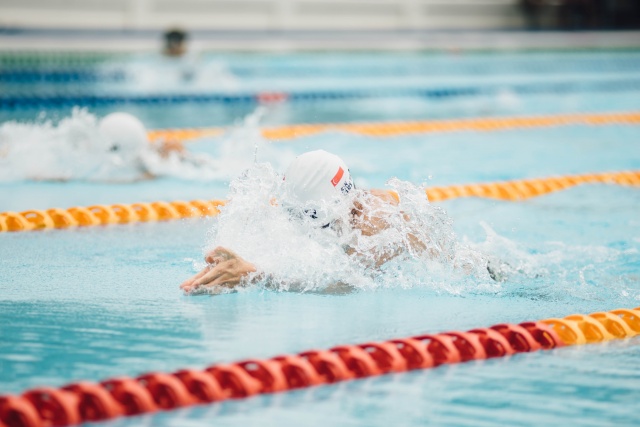 Last week we saw the world governing body for cycling, UCI, introduce new rules meaning that trans women would be required to wait 24 months instead of 12 to compete in elite cycling competitions, and with a lower level of testosterone.

At the weekend, FINA, the world governing body for swimming, voted to ban trans women athletes who had experienced any part of male puberty from competing in women's races. Immediately afterwards, International Rugby League (IRL) followed with the same decision. Both of these are effectively complete blanket bans on the inclusion of trans women.

These policies and the position they are taking are fraught with contradictions. UCI state that their policies are designed to “promote the integration of transgender athletes into competitive sport" whilst at the same time doing the exact opposite. We're sure those words are ringing hollow for Emily Bridges who was due to start competing imminently and who is now immediately affected by this policy change. In the case of FINA, they stress that everyone is welcome yet as it stands, they have no pathways for trans women athletes to participate, with a working group established to consider options.

None of the decisions made have rooted their analyses in human rights or equality principles as proposed by the International Olympic Committee. Further, they reference science which is inconclusive and contested*.

We also fear that opting for other category options could be quite unworkable. So called 'third category' options will not achieve the fairness that proponents of these policies are so concerned about, as having all trans people at all different stages of their transition in the same category is inherently unfair - 'follow the science'. Categories like this are also unlikely to have many competitors - we're not exactly overwhelmed by high profile trans athletes competing in sport. These categories will also struggle to attract sponsorship or prize money, or have much in the way of attention, and most events will simply not see it as feasible to include such a category.

So should the Men's category simply become an 'Open' category as suggested by the new Sports Council guidance? Those who transition would still not be competing on an comparable footing with others in that category therefore we are back to the same issue that the principles of fairness which are supposedly driving these policy changes in the first place, will simply not be upheld in such a category.

UK Culture Secretary Nadine Dorries is currently rounding up sports bodies around the UK for a summit in which she will tell them they should be following this same pathway. In the meantime, some international sports bodies are continuing to take a 'ban them now and work out how to include them later' approach that is flying directly in the face of the princpiples of inclusion and welfare for trans people that they are simultaneously espousing. LEAP Sports opposes this current direction of policymaking and we call upon sports bodies to take a stand against policies which introduce complete blanket bans.

Our friends at Mermaids currently have an open letter calling on the UK Sports Councils to support trans inclusion in sport. Check it out and add your signature here.

Photo by CHUTTERSNAP on Unsplash

The science that sports bodies are referring to which they are using to inform their decisions is limited, inconclusive, and mostly not specific to either the sport or the experiences of trans people. Last year's review of guidance in the UK stated "Research literature for the evidential basis of inclusion for transgender people in sport remains limited. The definitive longitudinal studies tracking prospective gender transition in athletes, with appropriate objective measurements, competition results and with a relevant control population, have not yet been reported. Further, the scientific literature on performance differences between males and females across the sports is also limited because, until now, the relevance of this difference was questionable as the sexes have not routinely competed against each other. Hence much of the known information is laboratory based, rather than specific to sporting competition".