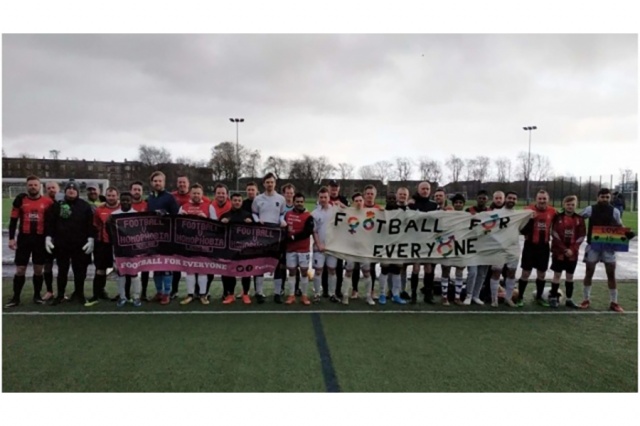 We have seen a busy month of activity during the Football v Homophobia Scotland Month of Action. Here is a taste of some of the highlights:

The month kicked off with our Football v Homophobia Scotland strategy launch. The strategy aims to reduce the barriers preventing LGBTI people from participating in football and takes on a three strand approach of developing policies/procedures, education and communication. You can read more about the strategy launch here.

17 Scottish clubs signed up to the Month of Action 2020, with over 30 matches being dedicated to the campaign. This year clubs that signed up received a rainbow football to use in their designated match and were also asked to take an action to become more inclusive as a club towards LGBTIQ+ people.It was great to see participation from a range of football teams- matches were dedicated at universities, youth clubs, LGBT+ clubs, walking football groups, adult clubs and in teams of all genders. Photos from dedicated match days can be seen on the FvH Scotland twitter. 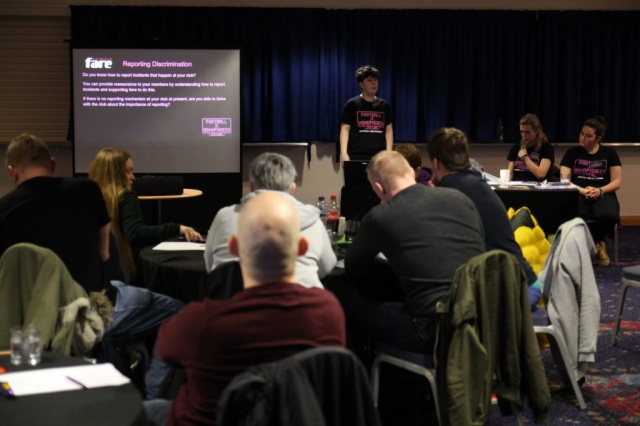 On February 15th Football v Homophobia Scotland hosted an LGBTIQ+ Fans Gathering. Supporters from Scottish clubs took part in a day of learning, development and collaboration. The event was promoted to all members of LGBTI fan groups and fans looking to set up a fan group. Since the event, we have seen the development of a new fan group, Proud Pars, Dunfermline Athletic FC. The LGBTIQ+ Fans Gathering was made possible thanks to a grant from Fare Network.

Glasgow played host to the first ever Football v Homophobia FIFA Tournament. Participants played FIFA through the ages on a range of consoles from the 1990s to today. Whilst perhaps not a traditional field for the campaign to branch into, e-sports sees many incidents of homophobia, biphobia and transphobia. The FIFA tournament was an opportunity to start a conversation with a new audience about the impact of discrimination and plans are already in place for further engagement with the e-sports community. 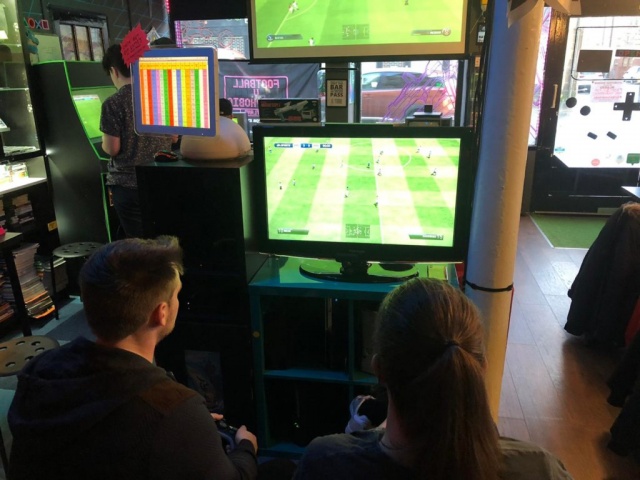 Our strategy lays out the steps to continue working towards a game that is free of discrimination and more inclusive of LGBTI people. Please get in touch if we can support you further: info@leapsports.org

Miss out on the Month of Action? LEAP’s Festival Fortnight is back in June 2020. Festival Fortnight is a mixture of sporting, cultural, academic, social and recreational events and activities, with the aim of increasing the visibility and participation of LGBTI people in sport. If you feel you can organise an activity or event for LGBTI people to participate in, please get in touch. We also have grant funding available to support activities. More information can be found here.