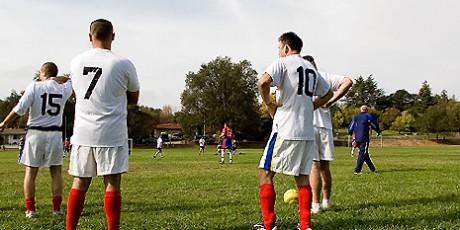 ‘Homophobia remains a problem in sport across all levels and sport appears to be well behind society as a whole when it comes to tolerance and acceptance as well as LGB visibility.’

The House of Commons Culture, Media and Sport Committee has released the final report of their Homophobia in Sport Inquiry today. The full report can be read here.

The report acknowledges that sport lags behind other areas where significant legal, civic and social progress has been made and states that ‘the problem is not going away.’

At LEAP Sports we welcome the report and the contribution that it can make to ongoing work in this area. Amongst the many findings and recommendations of note, the report highlights:

We are also disappointed by some of the limitations of the report:

Overall, we look forward to seeing many of these recommendations realised, and further contributing to the opportunities which that presents to ensure that everyone is able to access, participate and excel within sport.