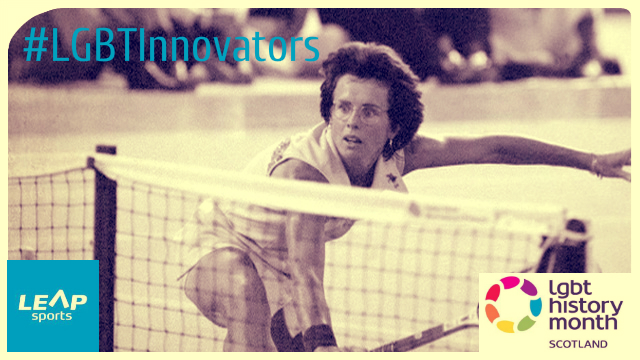 An advocate for gender equality, In 1973, at age 29, King won the so-called Battle of the Sexes tennis match against the 55-year-old Bobby Riggs, and was the founder of the Women’s Tennis Association, World Team Tennis (with former husband Larry King), and the Women’s Sports Foundation.

Speaking about her experiences of coming out, King said ‘It was very hard on me because I was outed and I think you have to do it in your own time. Fifty percent of gay people know who they are by the age of 13, I was in the other 50%. At the age of 51, I was finally able to talk about it properly with my parents and no longer did I have to measure my words with them. That was a turning point for me as it meant I didn’t have regrets any more.’

‘Champions keep playing until they get it right.’ Billie Jean King