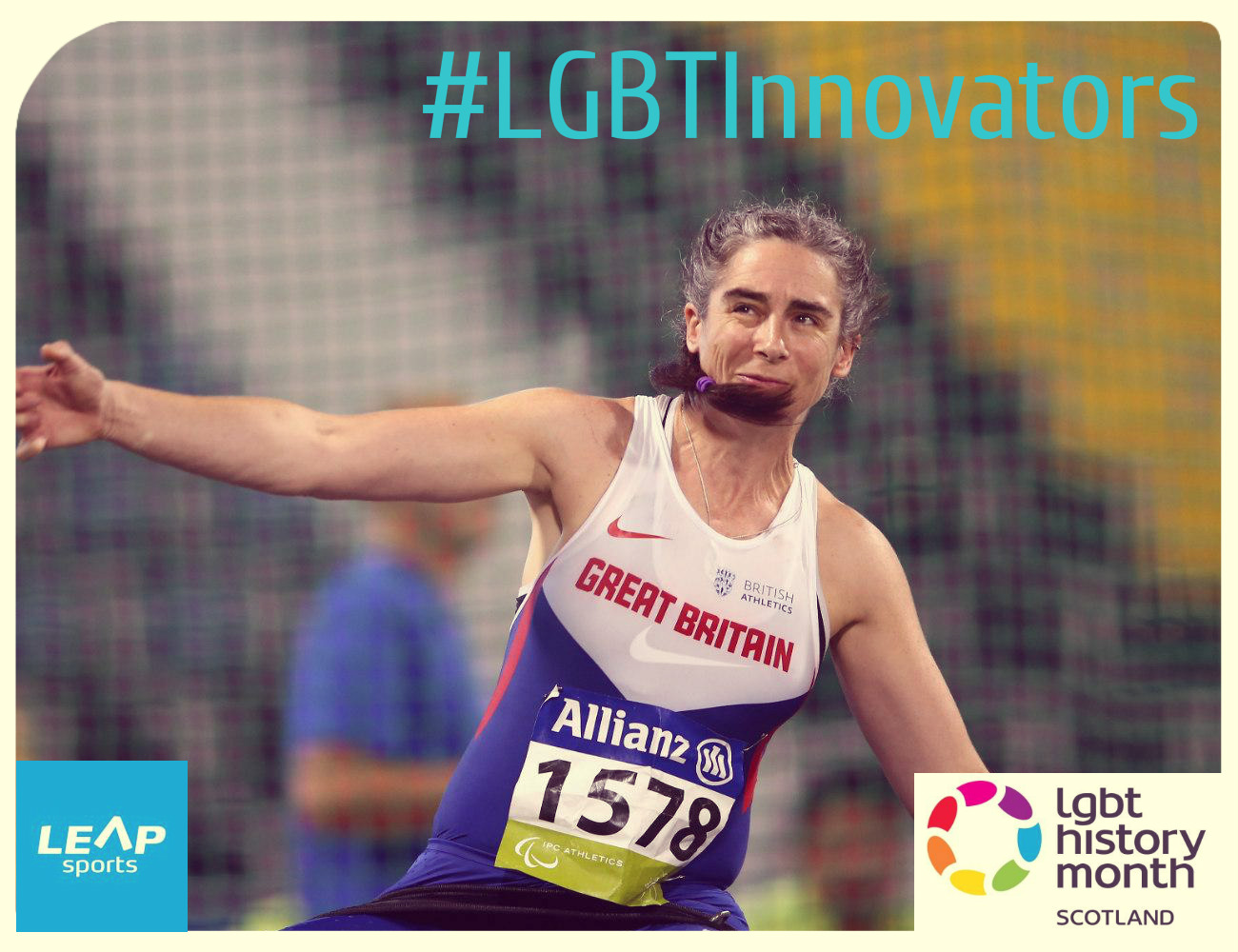 Claire Harvey is a Paralympic athlete. Getting involved in Paralympic sports after a cord injury, with paralysis in her right leg below the knee.

Claire quickly took to Sitting Volleyball, enjoying the fast, physical and dynamic aspects of the team sport. She has now earned over 40 caps for Great Britain. At London 2012, Claire captained the women’s Sitting Volleyball team that finished in 8th place.

Harvey was named to the British team that competed at the 2015 International Paralympic Committee Athletic World Championships last October. Harvey made the transition to track and field, where she competes in the discus and javelin.

Harvey has been outspoken as an out LGBT athlete, even going to bat for London’s bid to host the 2018 Gay Games.

“I remember watching tennis Player Billy Jean King and Olympic javelin thrower Fatima Whitbread as a child and just thinking how very amazing they were, how they were like superheroes to me. As I got older I realised how much they had achieved against a backdrop of ‘not fitting in’ and being different, but how they allowed their performance to do the talking.”