Pride House is coming back to Glasgow 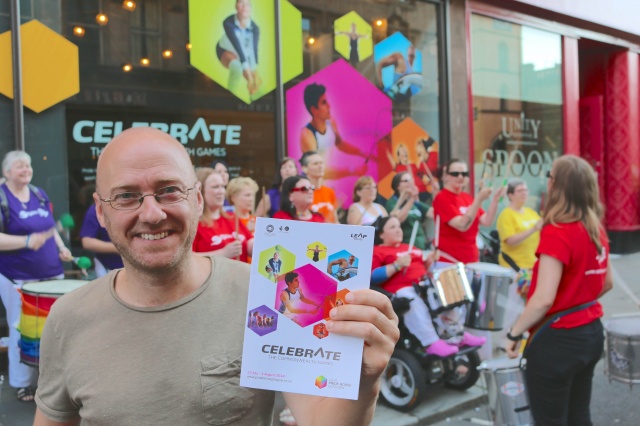 Pride House for the European Championships Glasgow 2018 is announced.

We are pleased to announce that Pride House Glasgow will return to the city in one year from now alongside the inaugural multi-sport European Championships taking place from 2nd until 12th August. Pride House first popped up exactly three years ago during the Commonwealth Games in Glasgow in the summer of 2014. Another iteration of Pride House took place last year to coincide with the Homeless World Cup taking place in Glasgow, in a project run in partnership with Unity.

Today marks one year out from the start of the Championships, and the organising committee Glasgow 2018 have unveiled their new mascot Bonnie today. Glasgow will play host to the aquatics, cycling, golf, gymnastics, rowing and triathlon whilst the athletics championships will take place in Berlin. Naturally then, it is fitting that we twin with a project in Berlin and we are delighted to be working with Seitenwechsel who are committed to ensuring that some parallel activity takes place in Berlin at this time.

Our Pride House Leaders volunteer programme is scheduled to open next month, and any other Pride House queries or information in the meantime should be directed to info@leapsports.org.

Volunteering registration for the Championships closed on 31st July.