The Serpent’s Egg: LGBTI and Gender Debate Under Attack in Brazil

Thiago , one of LEAP’s placement students from Glasgow University’s Adult Education course in 2017, writes here about the situation for LGBTI people in his home country of Brazil.

Brazil is currently facing a huge challenge concerning the inclusion of LGBTI debate in spaces such as schools, museums and media. Moved by a moral conservative and religious agenda, right-wing groups are using the term ‘gender ideology’ to name any initiative that questions crystalized categories of gender or sexuality. They are mainly led by the non-government youth organisation Movimento Brasil Livre (MBL – Free Brazil Movement) and the political movement Escola sem (School without ).

MBL was created in 2014 to fight corruption and defend ideas. They had an important role during mass street demonstrations against of Brazil Dilma Rousseff, who suffered an impeachment process and was removed from office in 2016. The group, however, stopped talking about corruption and made a shift towards moral discussions such as abortion and LGBTI issues in the media, despite new charges against current president Michel Temer coming up frequently.

Escola sem , on the other hand, fights against a supposedly ideological indoctrination currently happening in primary and secondary schools in Brazil and aims to create acts which prohibit teachers from promoting ideologies in the classroom. However, experts affirm this is an attempt to pursue educators who help develop critical thinking while discussing political movements and social inequalities such as race, class or gender in the classroom. UN reporters also classify the movement as censorship, against freedom of speech and human rights.

Both MBL and Escola sem assume that any discussion on women or LGBTI issues including gender roles, same-sex relations, transgender identities or simply separated definitions of sex and gender are dangerous to children. Regarding education policy, these groups have blocked a Ministry of Education publication directed to secondary school students called school without homophobia in 2011, managed to remove the term gender from the National Education Plan in 2014 and the term sexual orientation from the National Curricular Common Base in 2017. This year they also forced Santander to discontinue a museum exhibition called Queermuseum and tried to stop the American philosopher Judith Butler to from speaking at a conference by organising a mass protest and burning a doll which had a likeness of Butler’s face. 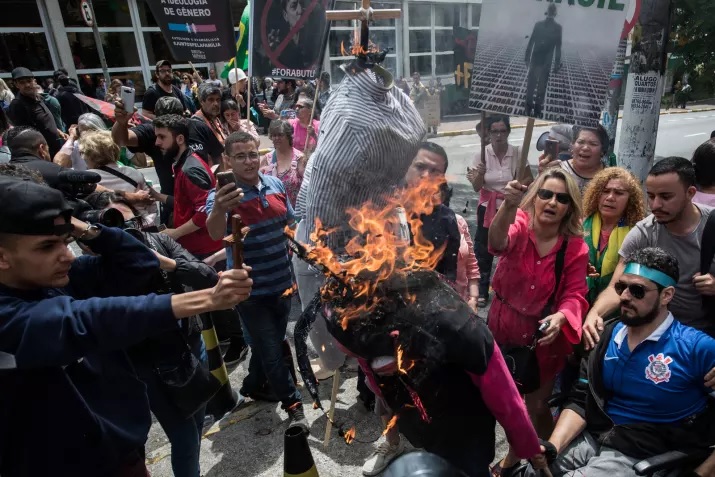 Partly due to these robust movements and the growth of conservative and fundamentalist religion within Brazilian society, Jair Bolsonaro, an evangelic far-right presidential candidate is in second place in polls for 2018 elections in Brazil. He got involved in many controversies as a congressman, including telling a congresswoman that he would not attempt to rape her because she was “not worthy“. Bolsonaro was the most voted for congressman in the state of Rio de Janeiro in the 2014 elections. Two years later, the city of Rio elected as mayor Marcelo Crivella, a licensed bishop of the Universal Church of the Kingdom of God and nephew of Universal Church founder and media mogul, billionaire Edir Macedo.

Brazil is one of the most unsafe countries for LGBTI people on the planet. Despite hosting the largest pride parade in the world, one LGBT person is killed every 25 hours and videos of torture or brutal murders circulate on social media platforms. 533 women murdered were classified as in this country in 2016, an extremely underestimated statistic. While Jair Bolsonaro claims to be flexible on the right of buying and possessing guns, cases of school shooting increase over the nation.

It seems we are currently living the perfect storm for the safety of LGBTI young people in and out of school environment in Brazil. 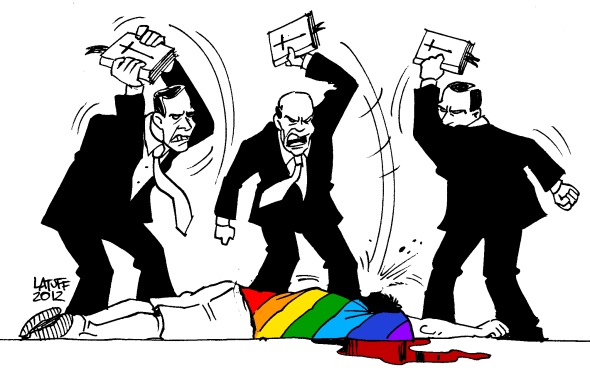 Thiago Bogossian is 27 years old and from Rio de Janeiro, Brazil. He has been a Geography Teacher working with children and teenagers for 6 years and now and is currently a Master in Education student at the University of Glasgow. He has recently completed a placement as part of that course with LEAP Sports.